Sometimes if Ben gets tided up by someone or if a person falls over the edge of a building or something, there’s an alien that has the capability to break free from being tied up and has the ability to stretch out very far in order to save a person.

This new kind of alien that Ben unlocked as 10-year-old is named Wildvine!

Species and Home planet: Wildvine’s species is called a Florauna and where he comes from are the planets Flors Verdance and Xenon. See images of these two planets below: 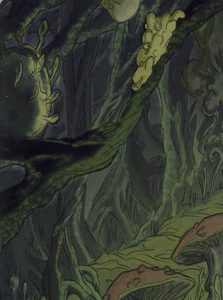 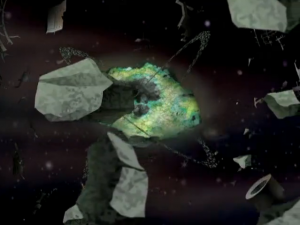 Original Series Description: Wildvine can be described as a plant-like creature that has five vine-like legs, four long fingers on his hands, and some venus fly trap-shaped flaps that cover his head if he is being attacked or if he is digging underground. He has blue colored bulbs on his shoulders. He also grows these strange looking seed-like pods on his back that can either be used as explosives or even smoke bombs. He has one blue eye or a green eye in the middle of his face. When he speaks, he talks in an aged, gravelly voice. Also the Omnitrix symbol is located on his chest. See image below: 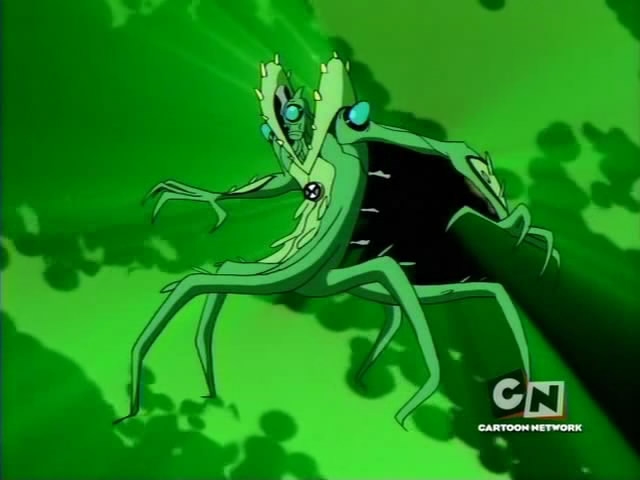 Ultimate Alien Description: When Wildvine appeared in the intro for Ben 10 Ultimate Alien, he looked more like the Florauna from the Ben 10 movie Secret of the Omnitrix. Wildvine is brownish-green color, the bulbs on his shoulders are green instead of blue, his eye is re-colored to a green color instead of blue, and his flytrap teeth are now black instead of yellow. Also the Ultimatrix symbol is located on his chest. See image below: 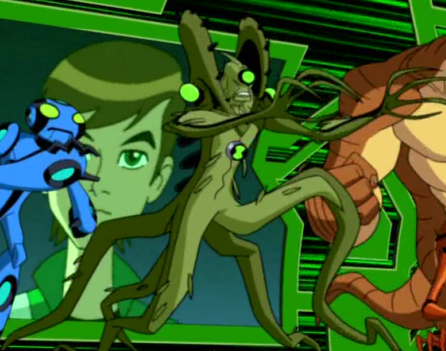 Omniverse Description: In Omniverse when 11-year-old Ben used him as Wildvine looked the same as the 16-year-old Ben’s Wildvine, but the Omnitrix symbol is located on his chest. When 16-year-old Ben in Omniverse used Wildvine, he regains the color of his 10-year-old Ben’s Wildvine. He now has four legs instead of the usual five legs (like in the Original Series), his fingers are much shorter and thicker, and he no longer has the bulbs on his shoulders anymore, instead he now has patches of light green color similar to the patches on his hands. He now has a blue tongue instead of a green tongue, his teeth are more neat (instead of the vampire kind of teeth), and his chin is bigger. When he talks this time he speaks with a higher voice comparable to a 1960s-era hippie. The New Omnitrix symbol is located on a green and white striped belt. See image below: 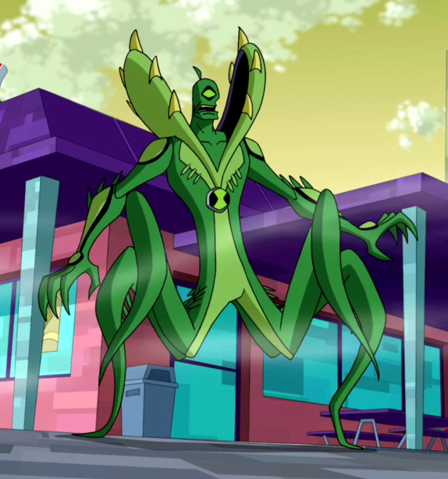 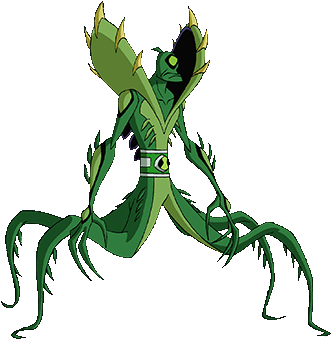 Albedo as Wildvine Description: When Wildvine was used by Albedo (Ben’s evil twin) his Wildvine did look just like 16-year-old Ben’s Wildvine (in Omniverse) except that his Wildvine is a greenish brown with a red eye and his flytrap teeth are black. Negative Wildvine wears the New Ultimatrix symbol (that Albedo recreated) on a red and white belt around his waist. See image below: 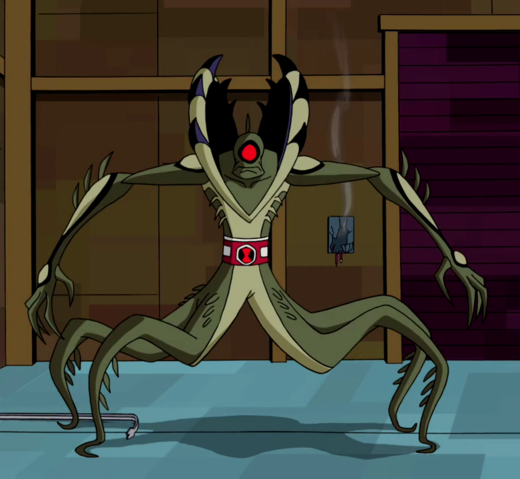 Gwen 10 as Wildvine Description: When Gwen 10 in an alternate time line used Wildvine, her version looked similar to the main counterpart (Ben’s Wildvine), but her body is shaped more like a dress. The flytrap that covers the head is much larger and she has bulb-like hair with a ponytail, along with dark green lips. She has a skirt-like structure on her waist, which covers the top of her four leg tendrils. She lacks the spikes that Ben’s Wildvine has on his arms, legs, and chest and she has one pink eye. The Omnitrix symbol is located on her stomach. Unlike Gwen’s other aliens, the Omnitrix symbol is circular instead of the cat-like shape. See image below: 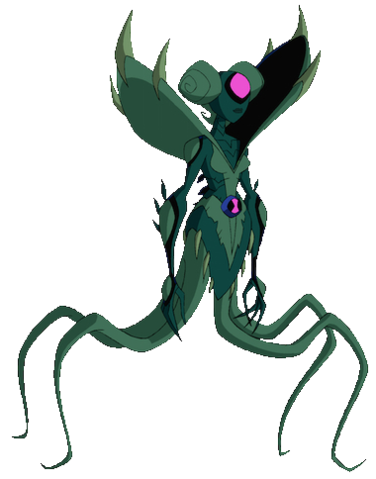 Special Abilities: Wildvine’s first four abilities are that he can grow, retract his body, merge with plant life, and also grow vines that is good at trapping enemies. The thing about Wildvines ability to merge with all plant life (like an Earth tree and control its branches for example) when he merges with plants he can change color in order to camouflage better, make his body parts (notably his head), appear on the plant he merges with. Wildvine’s fifth ability comes from the seed-like pods that he grows on his back. These seed-like pods that grow on Wildvine’s back are shown to contain a whole host of substances (that can be lethal like explosives and/or non-lethal like smoke bombs). In the episode Rad Monster Party, it’s shown that his can also grow vines with his seed-like pods. Wildvine’s sixth ability is having the capability to grow thorns on his body, which are proven to be good use at cutting ropes or tentacle roots form plant alien monsters.  Also can help increase his plant strength. Wildvine seventh ability that he possesses enhanced strength. His eighth ability shows that he’s able to regenerate his body if it’s damaged or shredded. The ninth ability that Wildvine has is being capable of quickly digging underground as shown in the episode BenWolf. As shown in the Ben 10 Omniverse episode Evil’s Encore, it turns out that Wildvine tenth ability shows that he’s actually immune to the effects of any type of gases, such as flame retardant. His final ability was shown in the episode Midnight Madness when a villain named Sublimino hypnotized everybody in a big mall he tried to hypnotize Ben as Wildvine but it turns out that since Wildvine is a planet he can’t easily be hypnotized. See images below: 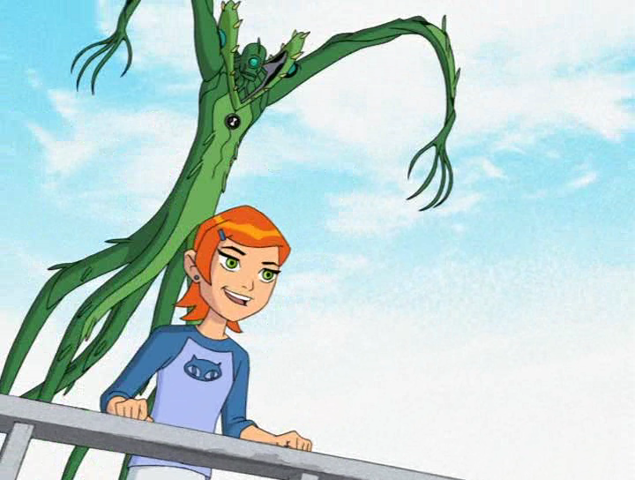 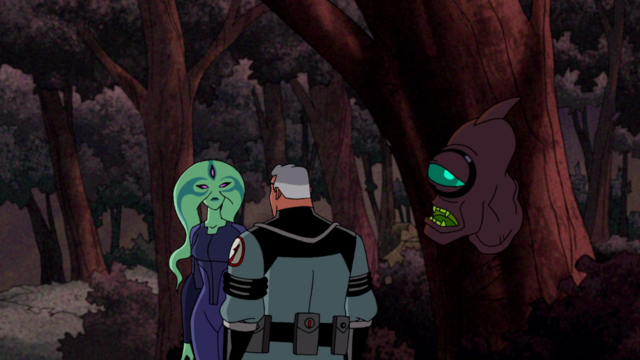 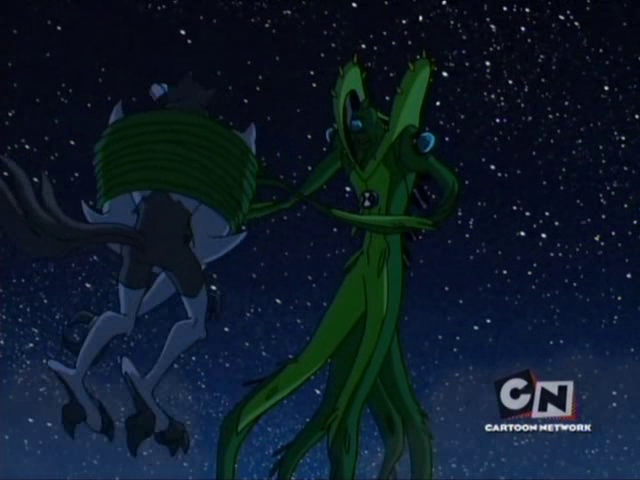 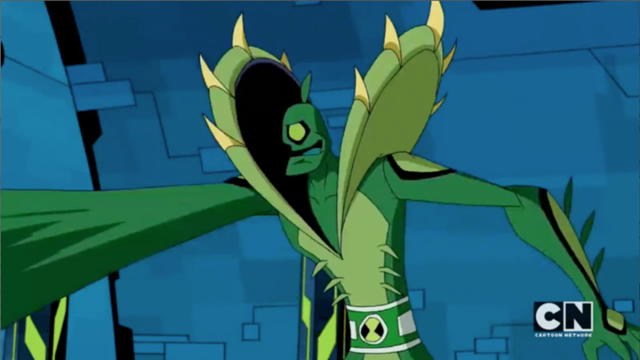 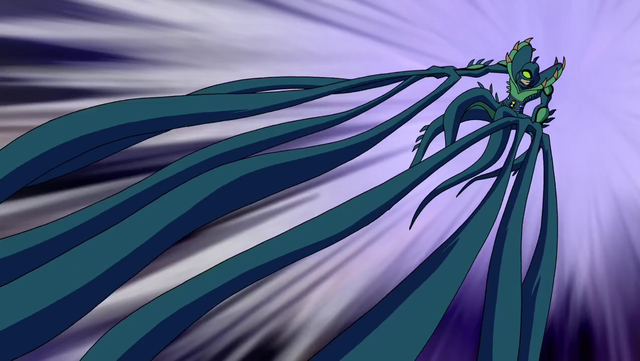 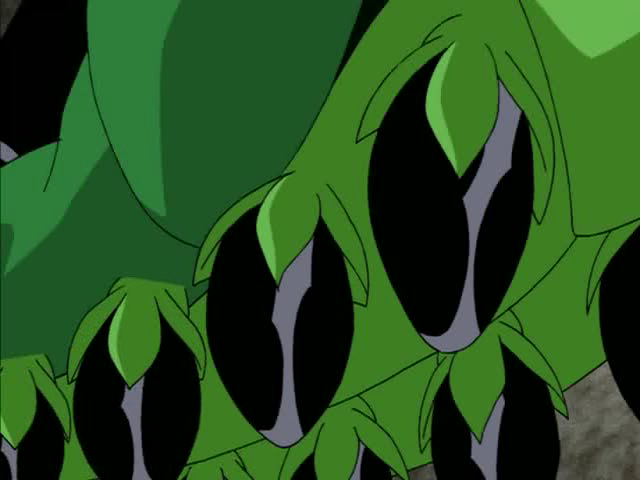 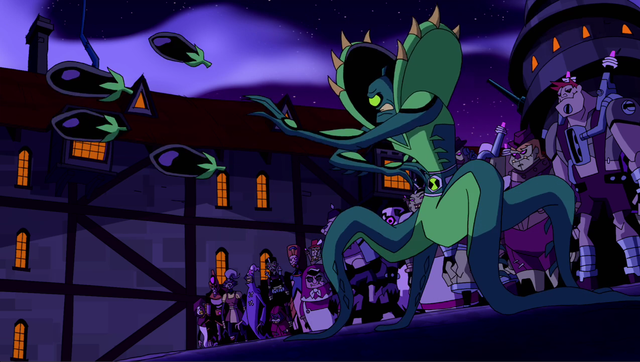 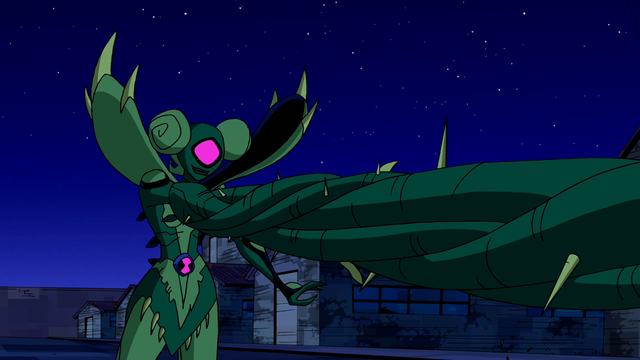 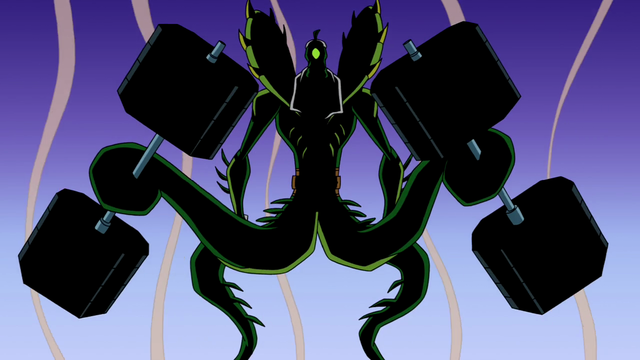 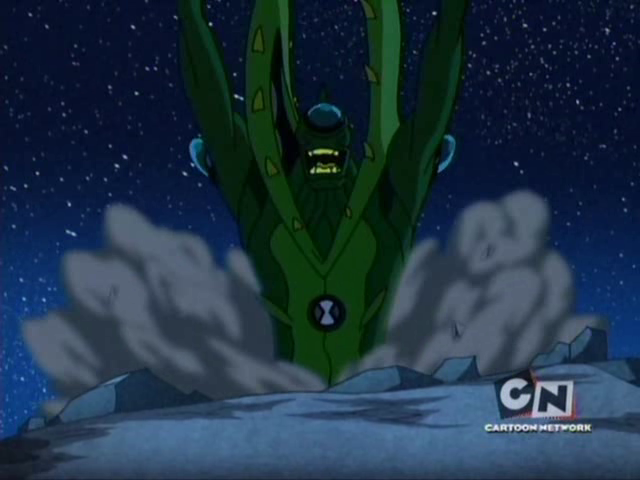 Weaknesses: As it turns out one of Wildvine’s weaknesses is that because he is a plant alien he requires the basic stuff that our plants need to survive like water, fresh air, and sunlight for example. His second weakness is that like all other plants, Wildvine can get burned if he is being set on fire. His final weakness shows that in the episode Rad Monster Party, when he was fighting a Thep Khufan (Snare-Oh’s species) named Kuphulu (who’s just a repeated-offense low-grade criminal) on Anur Transyl, Wildvine’s vines got tangled up which means that if his vines are tangled it can be pretty tough to get untangled. See images below: 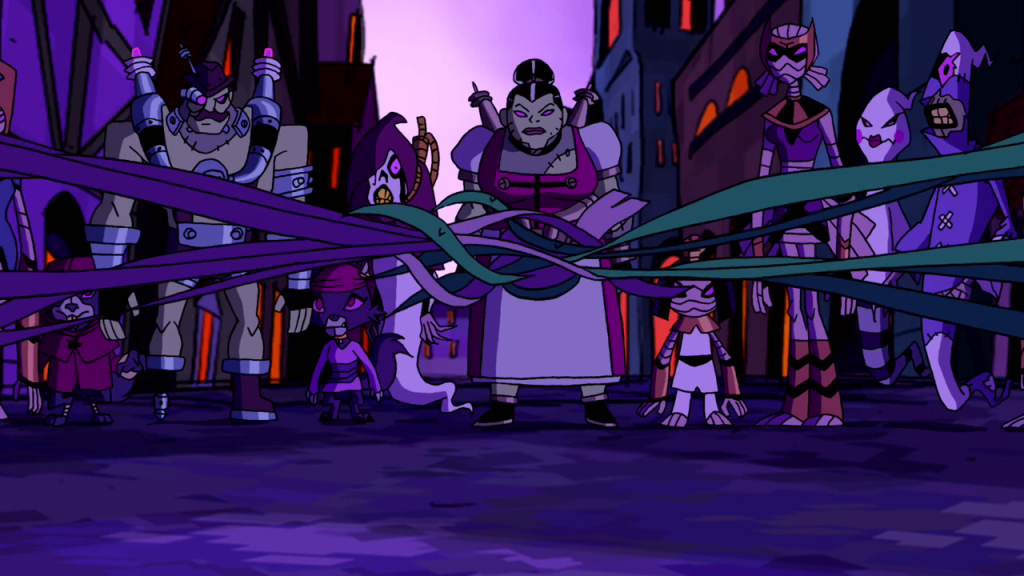