When Ben was about to use the Omnitrix to stop some robotic worms, Dr. Psychobos appeared and stole the genetic stabilizer from the Omnitrix. When he did the device began to malfunction. Blukich and Driba tried to fix it but instead they turned Ben into a brand new fish alien named Walkatrout!

Species and Home planet: Walkatrout’s species is called Ickthyperambuloid and where he comes from is a planet called Gilli-Perambulous Promenade. No known images of planet.

Description (Omniverse): Walkatrout can be described as a small, blue fish-like alien that is roughly the same height as Upchuck. He has stubby fins for arms, a shark-like dorsal fin, a pair of thin, spindly legs jutting from his underside, a wide mouth with an under bite, fish gills on his cheeks, and a pair of bulging green colored eyes. The Omnitrix symbol is located on the front of a green belt-like strap that is wrapped around his “waist” and back. See image below: 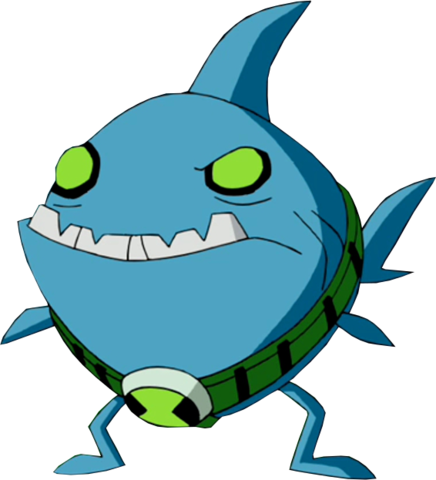 Special abilities: Walkatrout’s first ability is his body, which appears to be very slippery meaning that it can be difficult for enemies and friends to grab him. His second and third special abilities are enhanced speed and enhanced agility. His final special ability is the gills because since he is a fish he can breath under water as shown in the episode Final Countdown when he was trying to flush himself down a toilet. Plus not only can he breath underwater but he can also swim fast since he’s a fish alien and all. See images below: 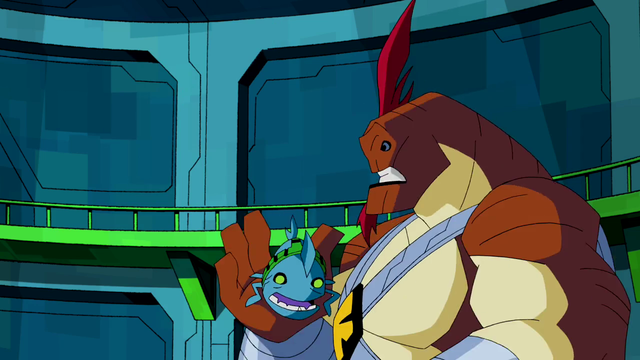 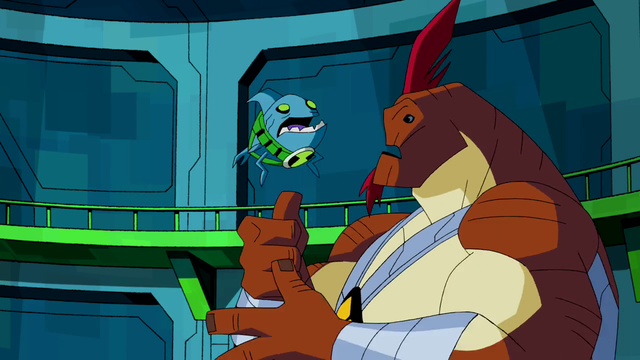 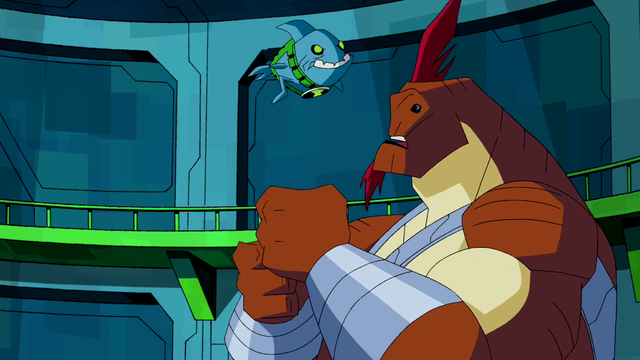 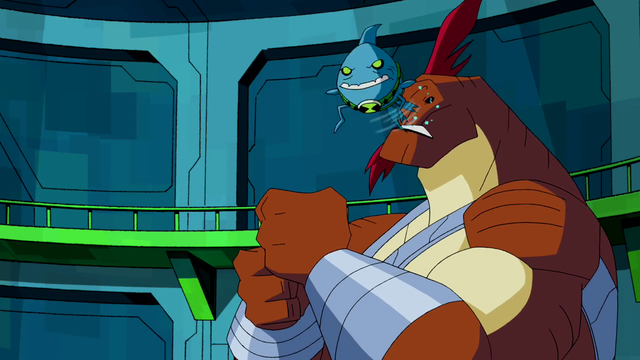 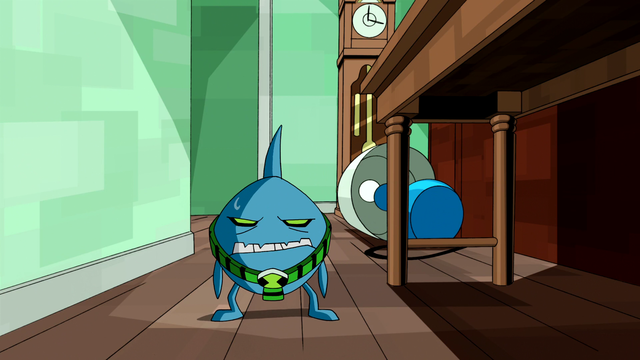 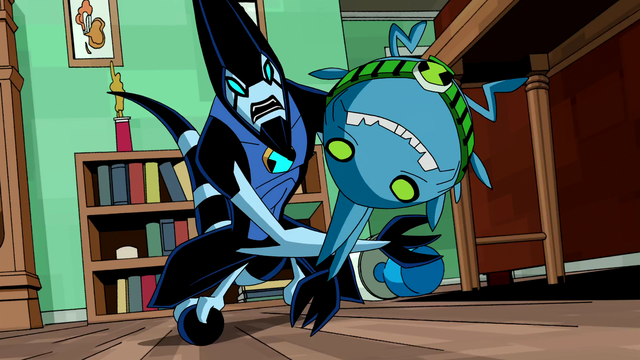 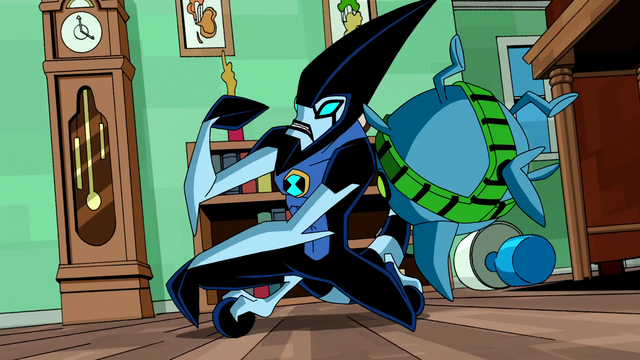 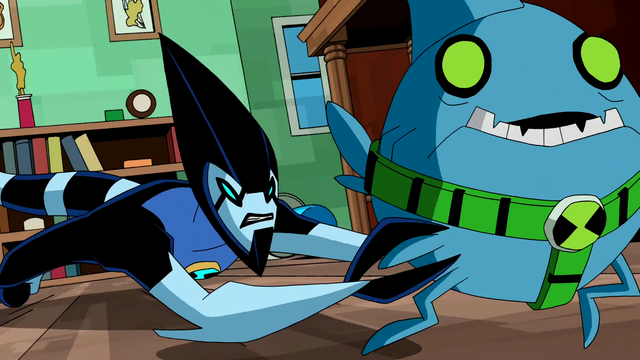 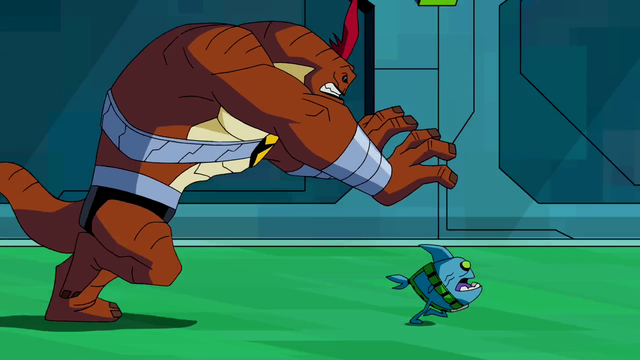 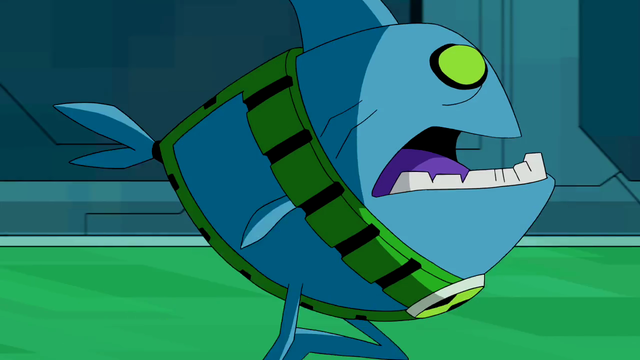 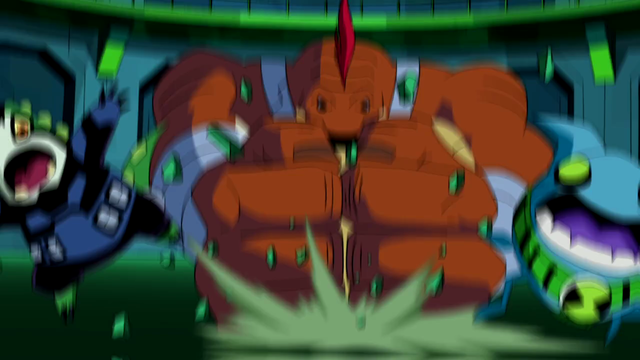 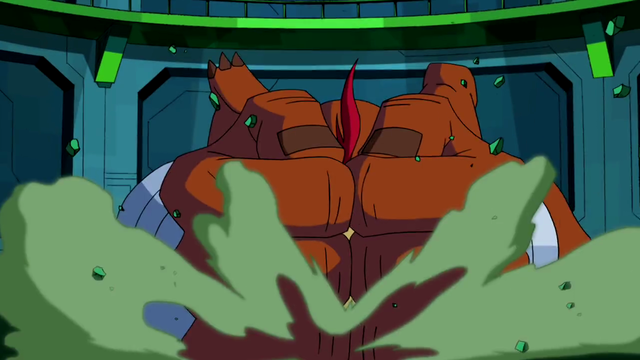 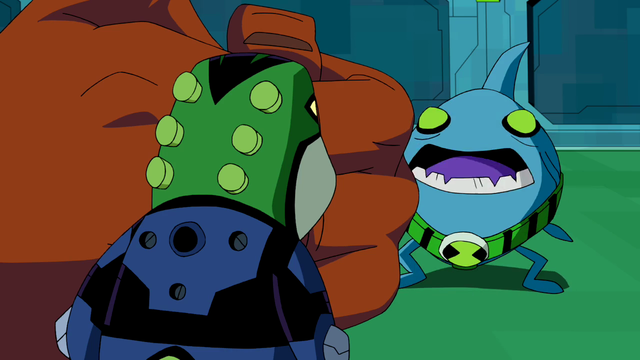 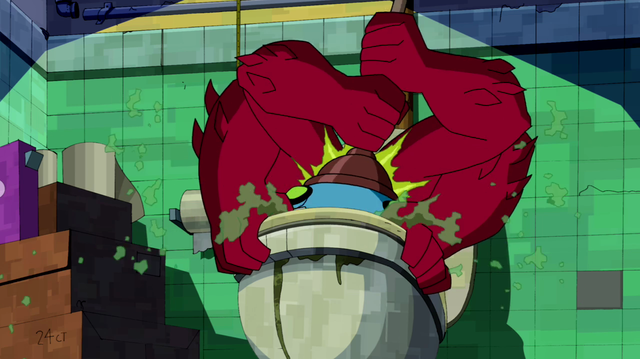 Weaknesses: The first weakness that Walkatrout has is that he can’t fit in small tight spaces. His second weakness shows that he’s not strong enough to break a door down. See images below: 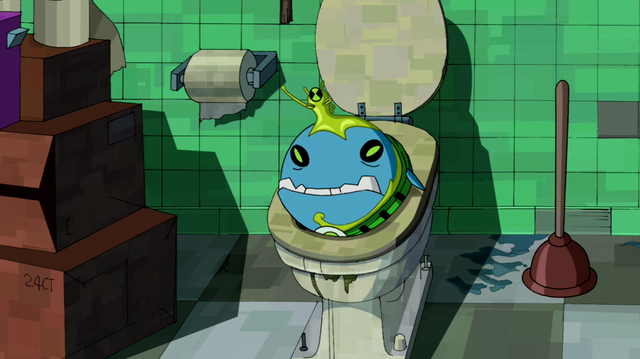 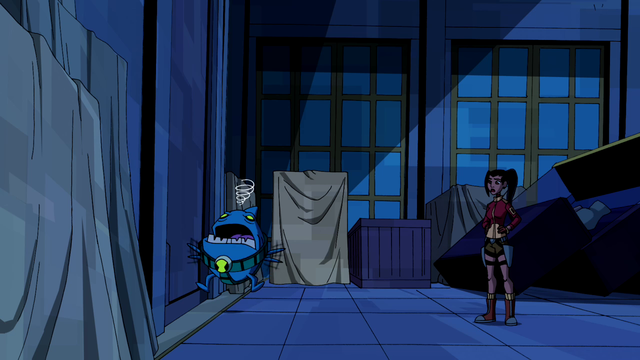 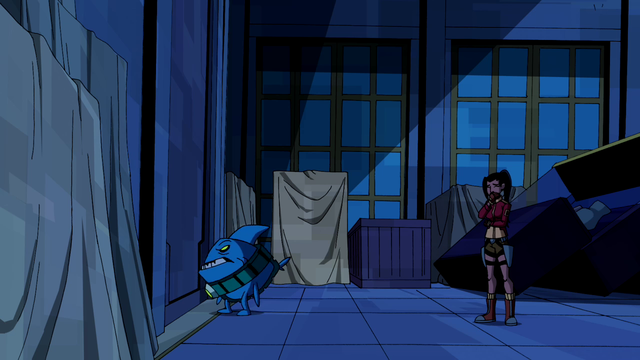