The Origins of Max Tennyson

The Origins of Max Tennyson

The next member of the team is the man who started the team in the first place and that someone is Max Tennyson, Ben’s Grandfather. As you know Max is a semi-retired legendary Magister rank Plumber, is the mentor of Ben, Gwen and Kevin and the Plumber Helpers. According to Azmuth, Max is widely considered the greatest Plumber in the Milky Way Galaxy. Max is currently Magister of Earth.

Even though he doesn’t have any powers Max is very skilled in combat and can take on anyone who does have them as he is quite athletic for someone of his age, but as a retired plumber, he has access to a variety of various plumber tools and weaponry which he uses skillfully. Aside from that, his experience from his plumber days made him knowledgeable on various species of aliens and he does strategize well and is skilled in inventing new machines. In “Moonstruck”, it is shown that he is telepathically connected to his lover, Verdona.

Before he was able to join the plumbers he was a United States Air Force pilot with dreams of joining NASA and going to the moon. Shown in the episode “Moonstruck”, he was an expert at flying an F-104 Star fighter and was able to shoot down an alien spacecraft. After he helped his lover Verdona escape for the hand of a mechanical machine he was able to become an astronaut and Max would have been the first man on the moon, but he left the program before the Apollo Moon mission. In his own words, Max said he just ‘took his step for mankind in other ways’. It is later revealed that he did in fact go into space, just not with NASA.

It’s also unknown if Max’s strange taste in food was acquired from his adventures to other planets during his career as a Plumber, or if its root can be found in his childhood. While joining the plumbers Max did have a lot of fantastic adventures even the one were he remembered when he took down Vilgax with his old partner Phil. Now in the present Max owes Ben a lot for helping him get back on his feet.

Here are photos of Max over the years: 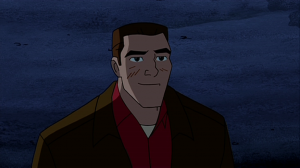 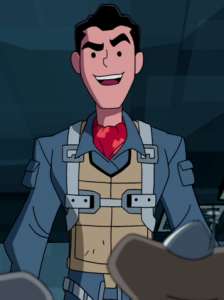 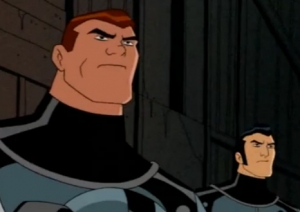 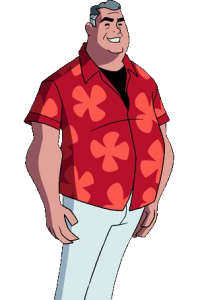 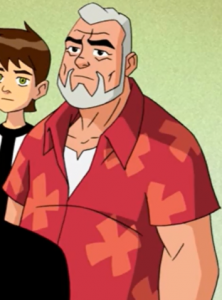 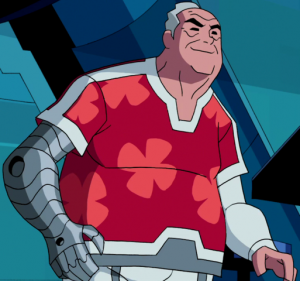