The Origins of Rook Blonko

The Origins of Rook Blonko

Now this fourth member of Ben’s team is named Rook Blonko! He was sent by Max Tennyson to be Ben’s new partner after Gwen and Kevin left for college. Though Ben at first didn’t want a new partner he was able to get use to having Rook because he turned out to be a really great ally.

Species and Home planet: Rook’s species is a Revonnahgander from the planet Revonna.

Description: Rook is tall, with periwinkle-blue colored fur, black and white markings on his face, and pointed ears. He carries a weapon that is called a Proto-Tool on his shoulder that is shown to be something useful when battling against villains with Ben. He also wears very durable blue-and-black Proto-Tech Armor that provides very good protection. He also has a Proto-Truck that has the capability of transforming from a truck to a spaceship.

Rook’s Personality: Unlike Ben, Rook is more stoic and prefers to think before acting. He used to treat Ben more like a superior instead of a friend/partner as he usually addressed him as ‘sir’ when they first met. He now tends to see Ben as a lesser or equal being such as saying he always has to save Ben and that, “[Ben] wouldn’t even be alive without [Rook’s] help.” Although, Ben still manages to impress him from time to time. While he is very intelligent, his lack of experience can make him somewhat naive and often the rear of Ben’s jokes. He seems to dislike chili fries. Nowadays, he sees Ben as a friend. Rook still has difficulty understanding his Earthly expressions, and he says that he still can hardly deal with 16-year old Ben. However, in the episode Many Happy Returns, when Ben says that he doesn’t always get Rook, but finds him to be cool, Rook explains that the feeling is mutual.

Special Abilities: One of the abilities that Rook has is his Proto-Tool. He is adapted to using the Proto-Tool as a sword, bow, grappling hook, blaster, and various other things. It has also been shown to be very nimble and has impressive acrobatic skills. Rook is also a master in terms of strategy and battle tactics. Rook is highly skilled in combat, combining the use of his Proto-Tool with hand-to-hand combat to disarm opponents. Through the use of hand-to-hand combat, Rook was able to fight with Ester (A new friend that Ben meet), as well as take on and defeat multiple enemies at once even when weakened. Rook has been shown to be an incredible marksman many times. Such as in A Jolt From The Past, he was able to shoot Fistrick‘s tank from far away on a crane. It is also shown he can jump several stories high. Rook is able to understand Sotoraggian language.

Weaknesses: One weakness that Rook has is his Proto-Tool because He is quite dependent on his Proto-Tool in order to fight. If it runs out of battery power, he can’t fight. As shown in Hot Stretch, Rook’s second weakness is that he can’t handle high temperatures for long periods of time due to having fur because he possesses some feline attributes.

Here are some photos of Rook: 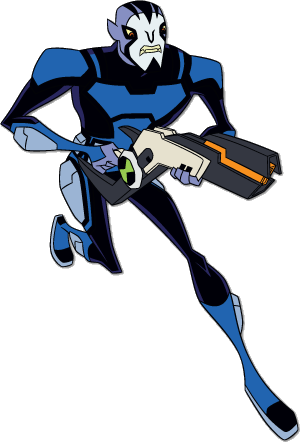 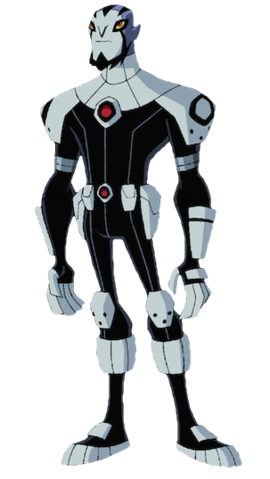