In the episode Stuck On You,when was looking for a new partner to help him control the Nemetrix in the Black Hole. After a short “fight”, Khyber suggested that he and his new partner join forces to take down Ben Tennyson.

Khyber attached his new partner (who appears to be a parasite named Skurd ) and the Nemetrix to himself, so he could use it’s powers without losing his sanity not using the device directly (because if Khyber did lose his sanity he might become a mutant predator hybrid just like Phil).

However, Skurd double-crossed Khyber after seeing that Ben’s New Omnitrix appeared to have more DNA for him to feed on than the DNA he was feeding on when he attached himself to the Nemetrix. He then stuck onto the Omnitrix and left Khyber transforming into Tyrannopede.

He then helped Ben to take him down and told him that his original plan was to let Khyber’s mind rot by the Nemetrix but to Ben that was a bad idea. After they defeated Khyber, Skurd remained attached to the Omnitrix assisting Ben.

Species and Home planet: Skurd’s speices is called a slimebiote but the home planet of where he comes from is unknown.

Description: Skurd can be described as a squid-like green blob with small straight eyes and little points which he refers to as “tentacles” on the top of his head. Also on his forehead, he has a symbol depending on which device that he is attached to.

Personality: The thing about Skurd’s personality is that he talks in a very classy tone and appears to be willing to work with anyone who can offer him the highest amount of money and/or samples of DNA, which does exaplain why he switched his loyalty to Ben Tennyson over Khyber after he saw that Ben’s New Omnitrix possessed more DNA samples than the Nemetrix. Skurd is shown to be slightly egomaniacal, since upon meeting his past counterpart he stated that he had finally met an intelligent lifeform. However, this appears to actually hide a deep sense of insecurity as it’s revealed that Slimebiotes where thought to have been extinct and that Skurd was the last of his kind in the known universe, even saying that he thought he was alone in the universe when he saw that his species was with the three-dimensional beings that can both destroy and create universes. Skurd doesn’t usually like humans who are always stating the obvious, which he has constantly informed Ben about that, much to his annoyance. He alos finds that eating bugs are gross. Skurd does appear to also have a twisted sense of humor, which was shown when he was able to somehow hack the Omnitrix’s Universal Translator to make Ben babble Spanish words which he already knew rather than translating his sentences to Spanish. During the events from the episode Malgax Attacks, Skurd appeared to have taken on a more sympathetic attitude towards Ben, and has also developed a sense of righteousness. During his final moments that he had with Ben and Rook in the episode A New Dawn, he confessed to all the fun he had with them before admitting that he owed Ben his life, with Ben saying the same, showing how far their friendship had developed.

Special Abilities: One of Skurd’s special abilities is that since he feeds on DNA from his host he is able to grow his host’s body parts from himself and he does appear to be impossible to remove (except through Ionized surgery which can be a bit painful). But if the DNA he is feeding on isn’t all that it’s cracked up to be he will then detach himself an move on to find DNA to feed on from another host. Skurd’s second ability is that when he is either attached to the Nemetrix or the New Omnitrix he can grew body parts of an alien and use it as an armor or a new power for himself and the wielder by spreading to there respective body parts and then shifting into another alien’s limb or something that appears to be based on another alien. This ability allows the sapient wielder to remain sane when not using the Nemetrix directly and furthermore, Skrud appears to have a high tolerance for Neural Shits which is able to prevent him from going insane as well. Skurd’s third ability is his body which appears to be extremely flexable and stretchable, allowing him to change shape and mold himself into whatever host he’s attached to. He can also form pseudo-pods that appear to act like limbs so that he can grab any object and pull them towards him. In the episode Secret of Dos Santos, Skurd was able to somehow fix some of the Omnitrix’s errors like giving Rath some clothes and unlocking the universal translator for Ben to speak in any language (FYI Skurd can also speak spanish as well). Also as Skurd’s species states it turns out his species is the most important in of all creation, meaning that Skurd doesn’t just feed on DNA he can also gather, carry, and mix it to deposit. Since Skurd is genetometaphomorphic creature, he can see beyond the eyes of most three-dimensional beings.

Weaknesses: As stated in the episode Malgax Attacks, Skurd’s first weakness is that since he is a single-celled organism, a teleporter beam will tear him apart and destroy him upon reconstitution and also as he stated teleporting makes him space-sick. But there is a way he can withstand teleportation and that’s by staying attached to a hosts body. His second weakness is Ionic particle surgery because this kind of surgery can forcibly seperate his host. Skurd’s final weakness is when he’s removed from his host he can be contained within a morpho-genetic dampening field.

First Appearance: Stuck On You

Here’s are some photos of Skurd and his powers: 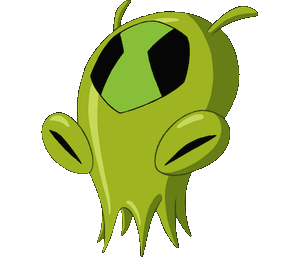 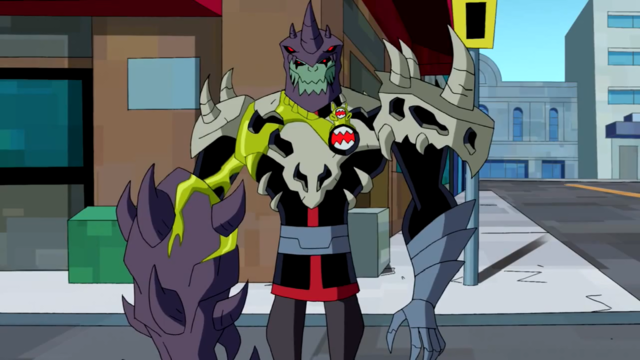 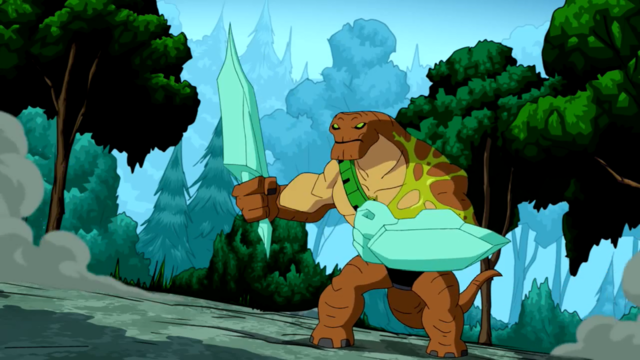 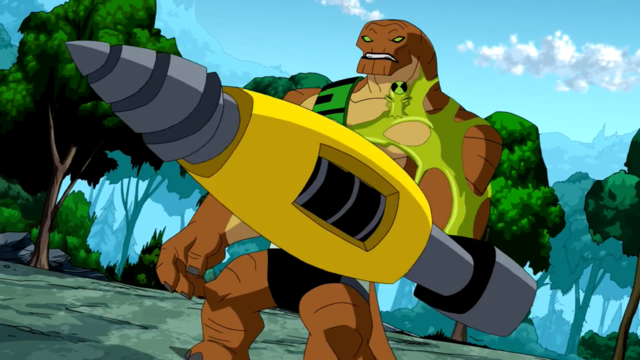 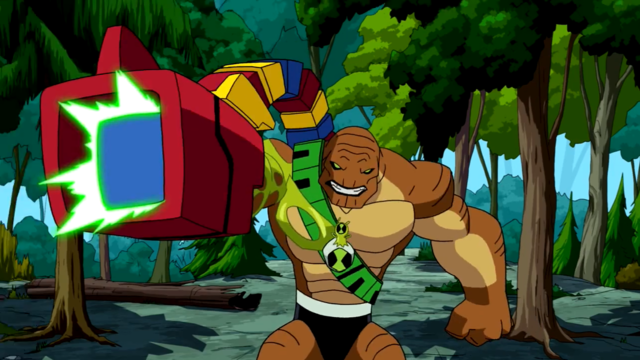 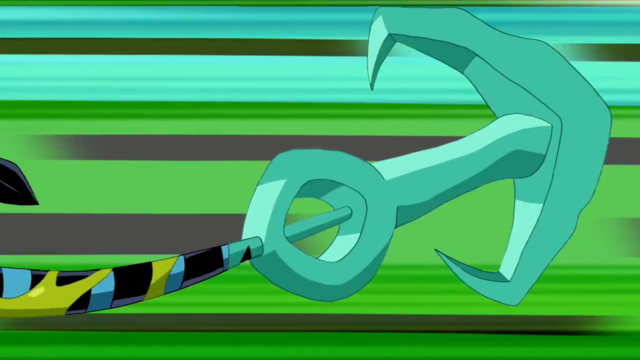 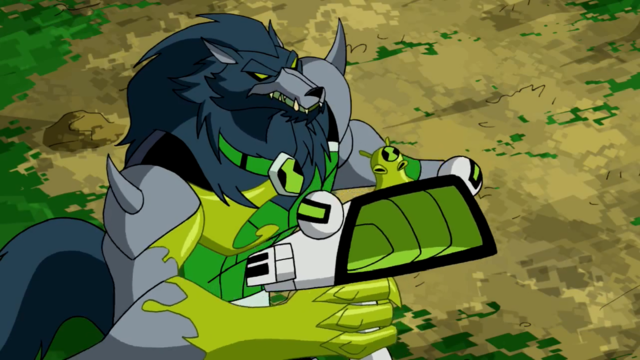 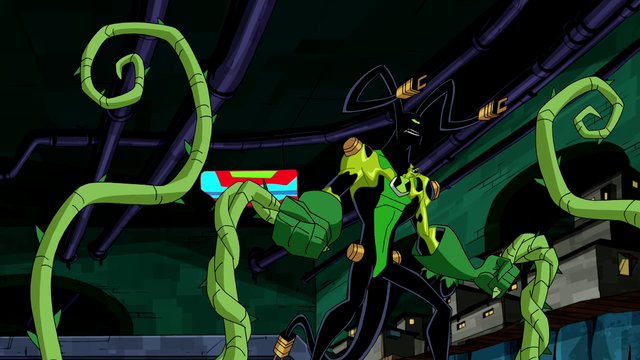 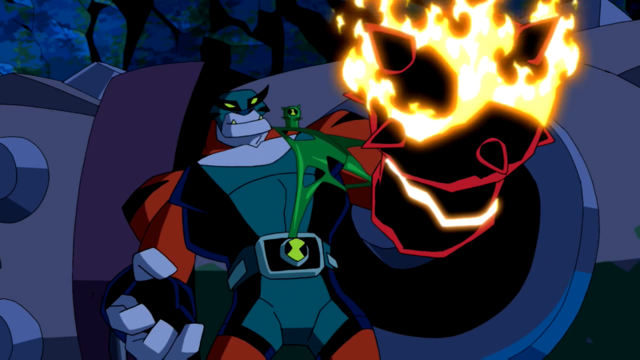 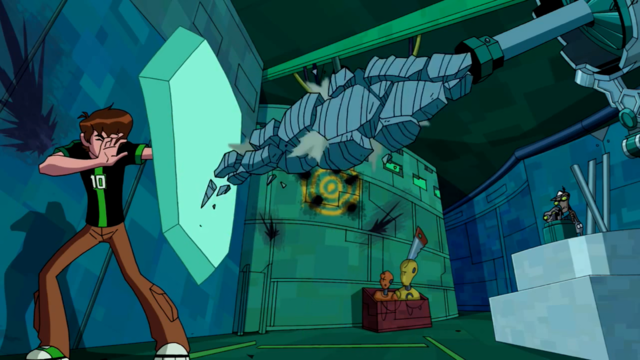 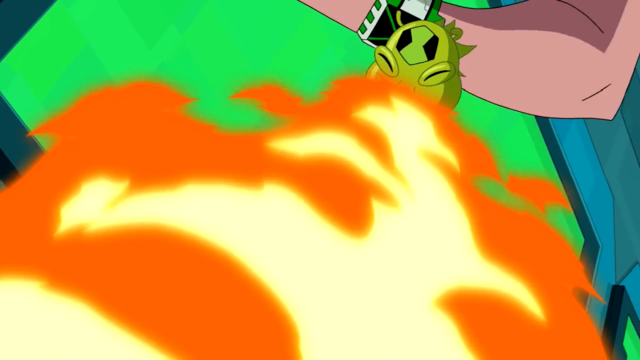 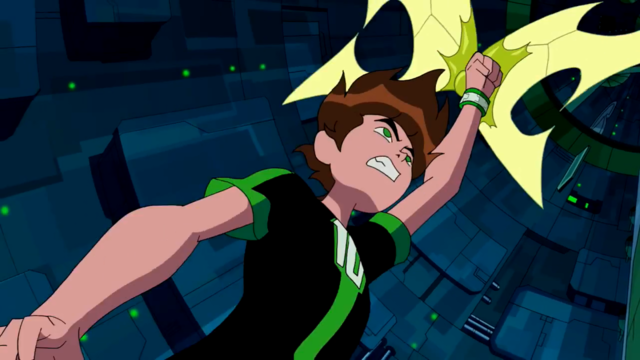 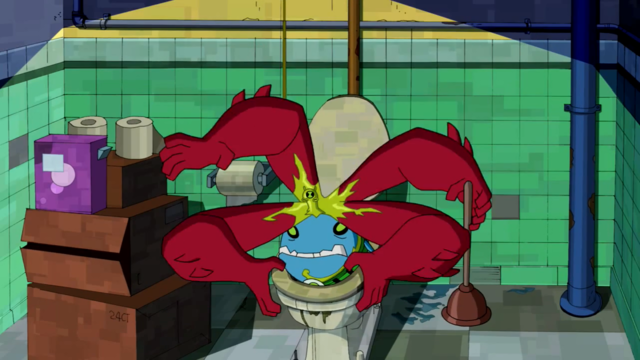 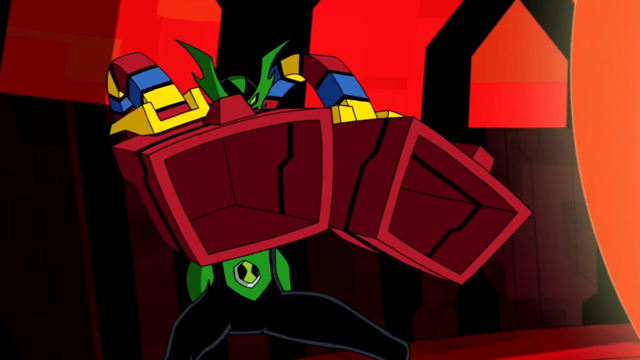 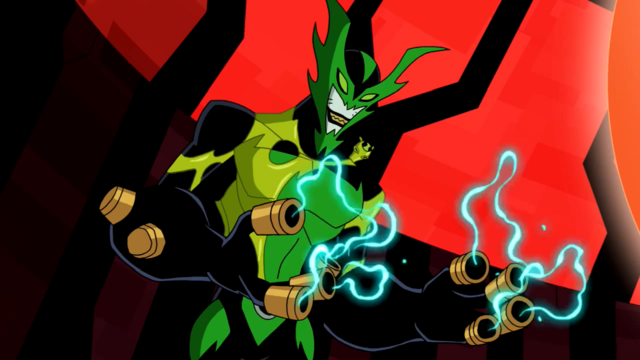 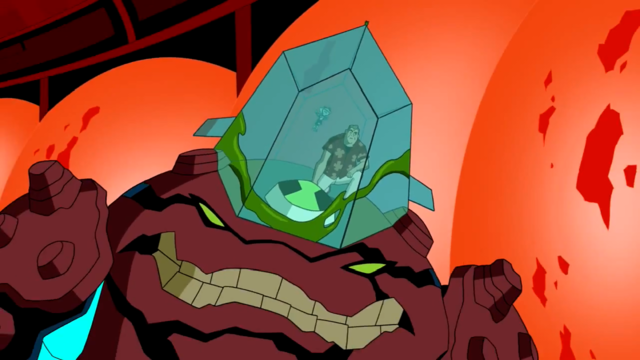 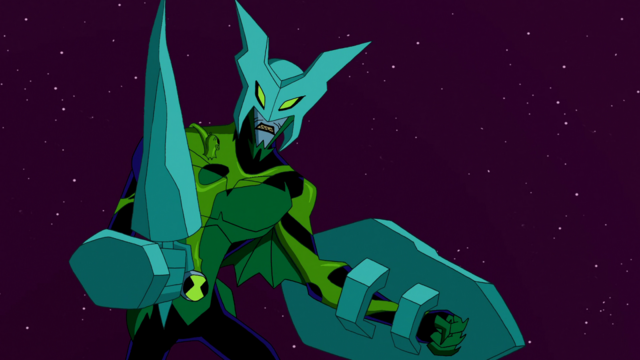 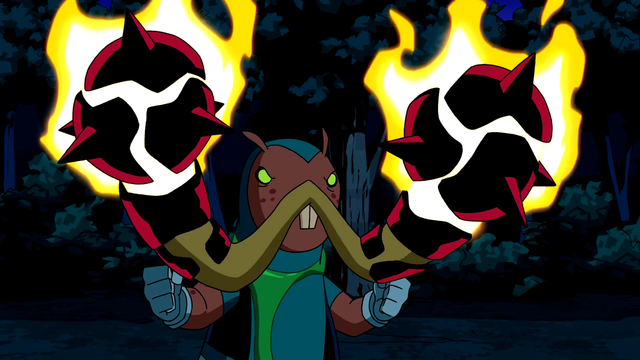 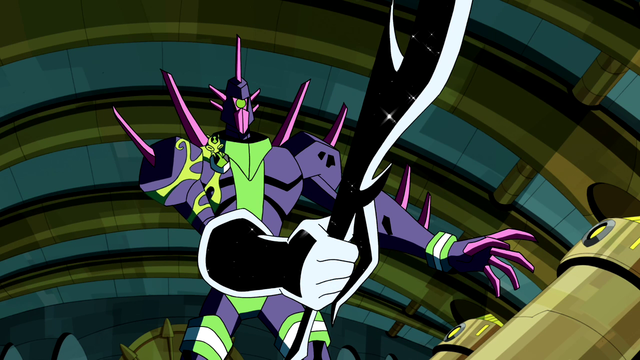