When Ben was watching his future self battle against Dr. Animo in an alternate future he saw his future self transform into a new alien that had the ability to expand like a puffer fish and spit out some kind of strange yellow slime from it’s mouth. This new alien’s name is Spitter!

Species and Home planet: Spitter’s species is called a Spheroid and where he comes from is a planet called Scalpasc. No images of Spitter’s home world.

Original Series Description: Spitter can be described as a green, bulbous alien that has an animalistic resemblance of a puffer fish. He wears black colored pants with white stripes on the pants legs. He has 3 spikes sticking out the top and bottom of his head and a mouth covers mostly the upper front of him, which appears to be filled with dull colored, sharp pointed teeth. His yellow colored eyes are connected to the corners of his lips and have a yellow color in them. Also the Omnitrix symbol is located on his stomach. See image below: 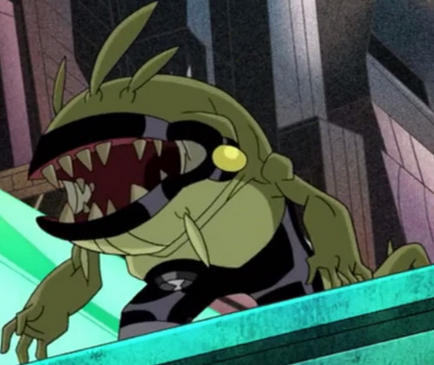 Ultimate Alien Description: When Spitter appeared in the intro for Ben 10 Ultimate Alien he did look exactly the same as he was in the original series except that now his eyes are green and teeth are now colored white instead of the dull color he had before. The Ultimatrix symbol is also located on the same place the Omnitrix symbol was, on his stomach. See image below: 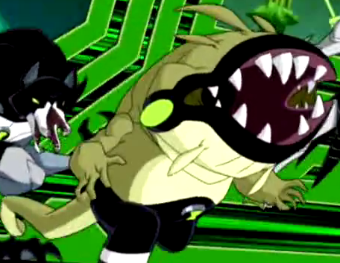 Special Abilities: Spitter’s first special ability is being able to spit out a highly concentrated blast of slime, which appears to be very slippery, and can be made acidic. When he spits, Spitter can inflate himself into a ball-like shape similar to the way a puffer fish can. Also the thing about Spitter’s slime is that it has also been shown to be highly conductive to electricity just like water. Spitter’s second ability is the sharp teeth he has which might be good for something. His third ability shows that he seems to have enhanced strength, as shown in the episode Ben 10,000, when Ben’s alternate counterpart held back Dr. Animo, who had the body of a gorilla at that time. The thing about Spitter’s home planet Scalpasc is the atmosphere because the atmosphere of the planet is very toxic, but the advantage that Spitter has (which is his final ability) is that he doesn’t have nostrils which means can survive on Scalpasc without having to breath in the toxic air. See images below: 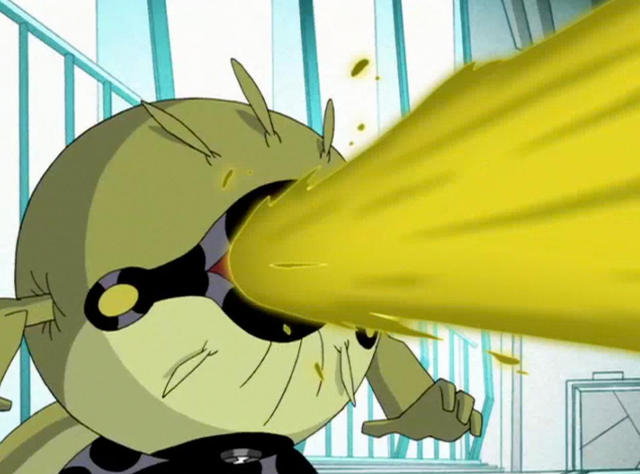 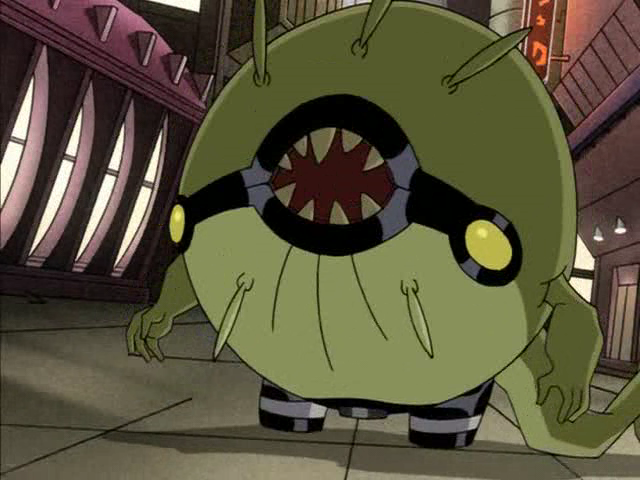 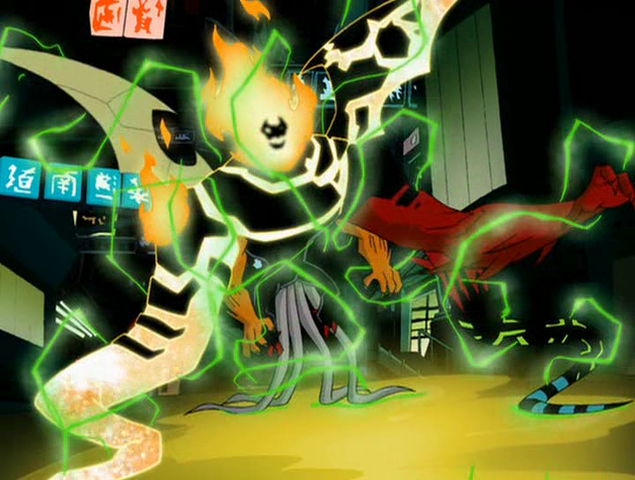 Weaknesses: No known weaknesses yet. No Images of Spitter’s weaknesses.