When Ben battled a Yenaldooshi (also known as the Navajo werewolf), it turned out that it wasn’t the kind of werewolf from any folklore or legends because the wolf that he battled against was actually an alien werewolf!

Even though Ben thought that alien wolf bit him it turned out that when he was fighting against the wolf it scratched the Omnitrix and as it did the device glowed a yellowish color. This meant that the device was absorbing the alien werewolf’s DNA giving Ben a new alien who is called Blitzwolfer or as I like to call it Benwolf because I think it’s a much better name then Blitzwolfer.

Species and Home planet: Benwolf’s (Blitzwolfer’s) species is called a Loboan and the home planet from where he comes from is Luna Lobo. See image of planet below: 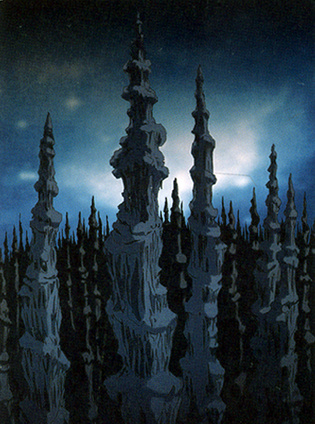 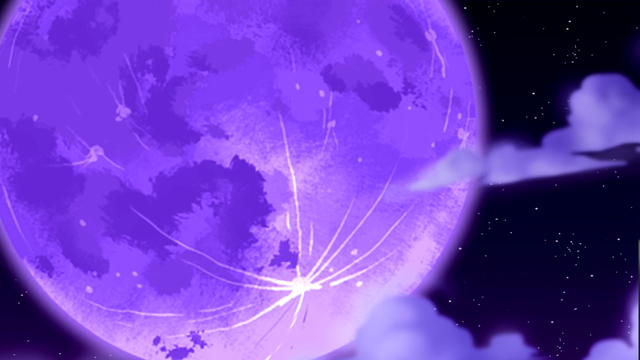 Original Series Description: Benwolf’s (or Blitzwolfer in Omniverse) description is actually based on a classic werewolf as seen in movies. He has grey fur, a long flowing mane, a large bushy tail, has three sharp claws on each of his hands and feet, and the inside of his mouth is green. Also the Ominirix symbol is located on his lower stomach. See image below: 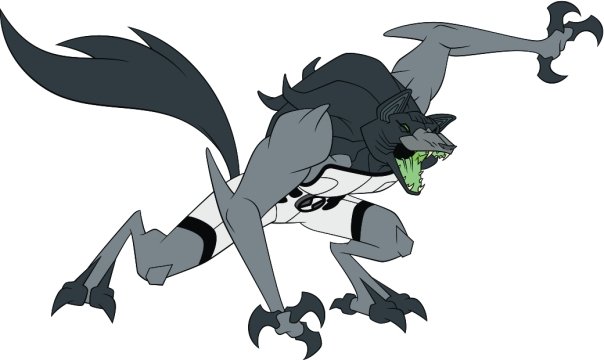 Ben’s First Stage of becoming Blitzwolfer (Benwolf): While Ben started going through transforming into Blitzwolfer (Benwolf) for the first time, his first stage of transformation resembles Ben. He had bushy sideburns, sharp claws on his feet and hands, sharp teeth, longer hair, and grey skin. He starts out with the Omnitrix on his left arm, which will disappear by the final stage of transforming. See image of first transformation below: 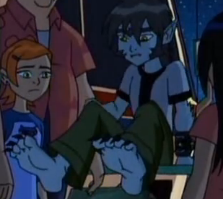 Ben’s Second Stage of becoming Blitzwolfer (Benwolf): In Ben’s second stage go going through the transformation into Blitzwolfer (Benwolf), his face began to appear more wolf-like than usual. His nose became more noticeable with light grey fur that surround his nose, mouth, and dark grey fur on areas of his face where the light grey color isn’t. His eyes had now gone full green, his ears became pointed and pointing upward, and he gained height and some muscle. Also his arms and legs resemble his fully transformed form. See image of second transformation below: 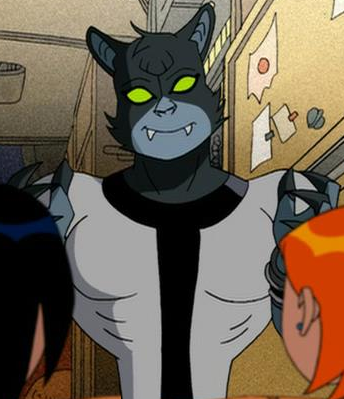 Ben’s Final Stage of becoming Blitzwolfer (Benwolf): When Ben was then in the final stage of his werewolf transformation, he resembled his fully transformed form but has his clothing except no Omnitrix on his left arm which is why Blitzwolfer’s (Benwolf’s) appearance is based on a werewolf. Also like I mentioned before in the description about him above, he has grey fur, a long flowing mane, a large bushy tail, has three sharp claws on each hands and feet, and the inside of his mouth is green. Blitzwolfer (Benwolf) wore the Omnitrix symbol on his lower stomach. See image of final transformation below: 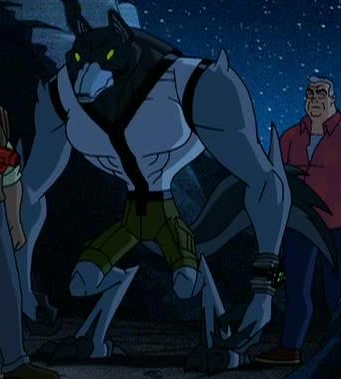 Ultimate Alien Description: When he appeared in the intro for Ben 10 Ultimate Alien, Benwolf’s (Blitzwolfer’s) mane and tail were black instead of grey, he retained the same clothing from the Original Series, and his mouth was white and red inside. Also the Ultimatrix symbol is located on his on his chest instead of his lower stomach. See image below: 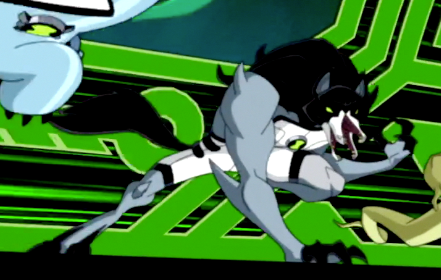 Omniverse Description: When 11-year-old Ben’s Benwolf (Blitzwolfer) appeared in the Ben 10 Omniverse Galactic Monsters theme song, his design was almost the same as his 16-year-old design, except that his suit is now all white, including the collar, and his wristbands are black. Also the Omnitrix symbol is located on a white collar above his fur instead on his lower stomach. When Benwolf (Blitzwolfer) was used by 16-year-old Ben in Omniverse, Benwolf (Blitzwolfer) has got a new green colored suit, a collar, and green colored wristbands. He also has four claws instead of the usual three. Plus he has a green tongue and a white belt. The New Omnitrix symbol is located on a green collar above his fur (instead of a white collar). See images below: 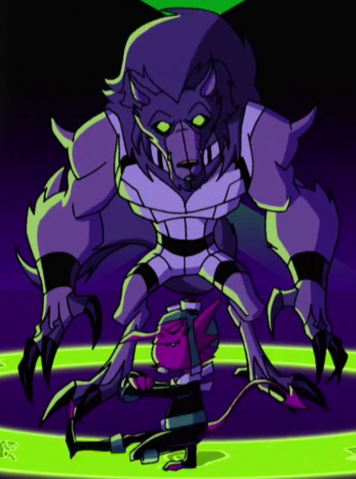 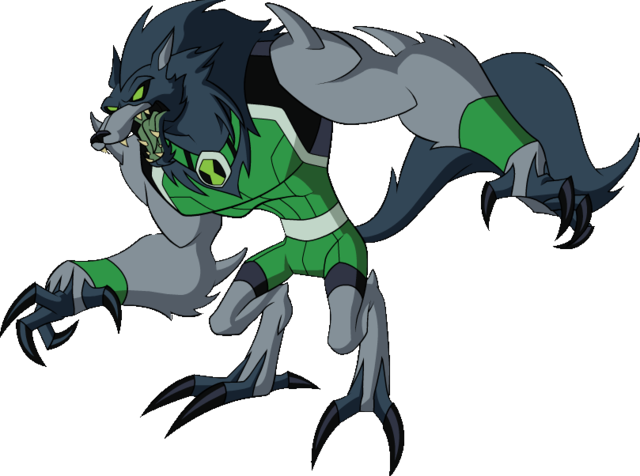 Special abilities: The first ability that Benwolf (Blitzwolfer) has is a powerful green ultrasonic howl, which he can emit by opening his Quadra-hinged muzzle (in English that means he can split his mouth apart). This ability can cause considerable damage to his targets, reflect incoming projectiles, and allow him to propel himself upward like a rocket booster. He has formidable claws, fangs, and has some very strong and sturdy muscle form which can actually be really useful when fighting against any enemy that would ever dare try to fight him (because his bark is worse than his bite). His other abilities that he has are his enhanced senses of smelling and hearing. He also has very good enhanced agility, good reflexes, nice enhanced speed, very enhanced stamina, and also very powerful super strength. Benwolf (Blitzwolfer) is also shown to be capable at jumping because of some strong and powerful muscle that’s in his legs. He also appears to have very extraordinary night vision. His final ability is his formidable claws and fangs (that I mentioned in the description above). Additionally, though the claws on his hands are good at scratching things, the claws on his feet can grasp like his hands, much like Kickin Hawk. The last thing about Benwolf (Blitzwolfer) is that he’s capable of talking in words, unlike the Yenaldooshi because like all of the regular dogs that we have, it’s sometimes hard to understand what they’re talking about. See images below: 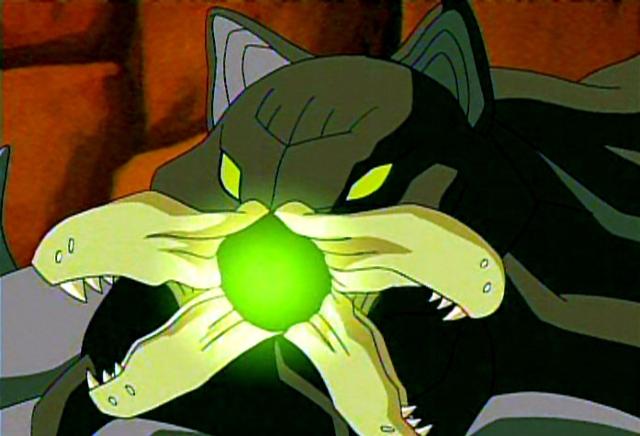 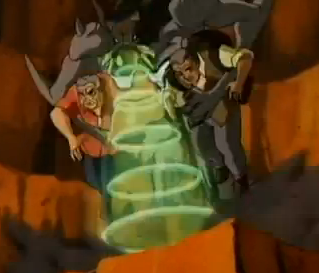 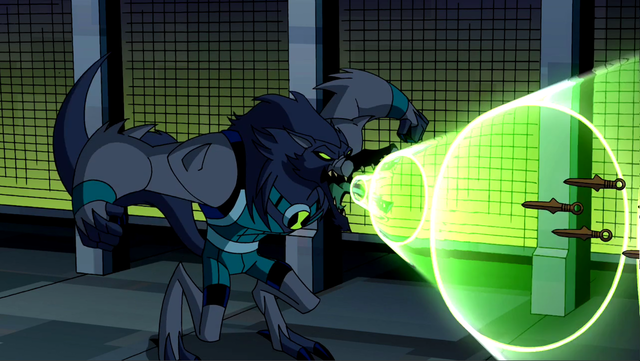 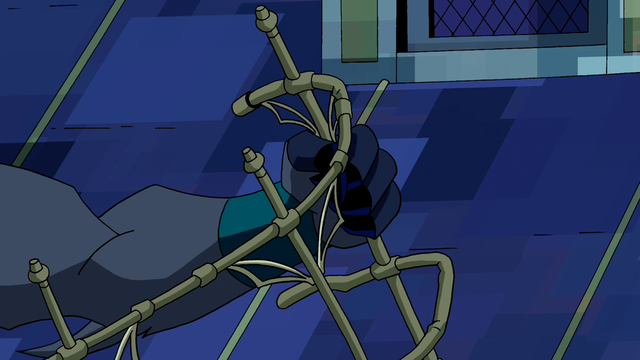 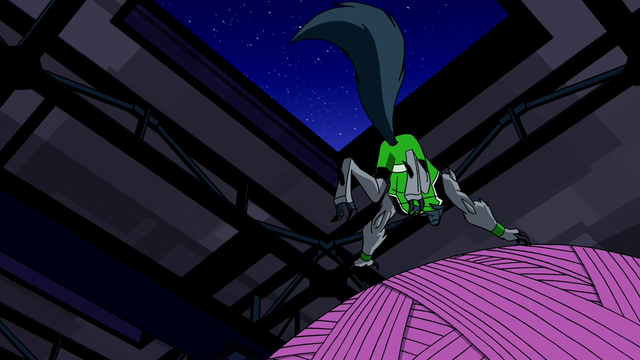 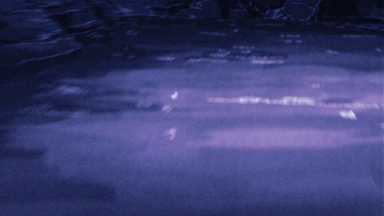 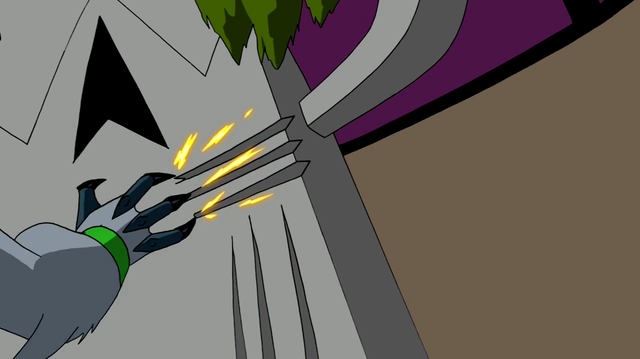 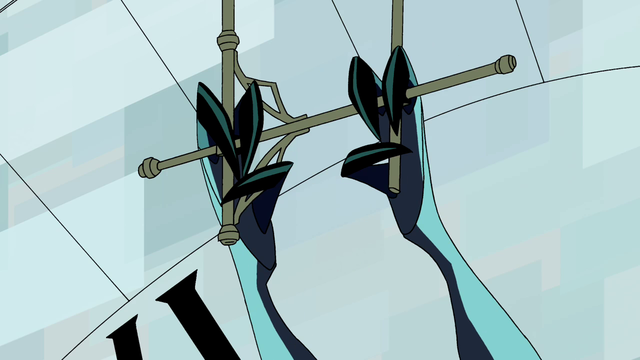 Weaknesses: It turns out that the first weakness of Blitzwolfer (or Benwolf) is that he is known to have is that he is color blind just like all of the regular dogs that we have here on Earth. His second (and final) weakness is that like most canines that we have is that he can’t handle loud noises, like giant bells for example, because of his sensitive hearing as seen in the episode An American Benwolf in London. See images below: 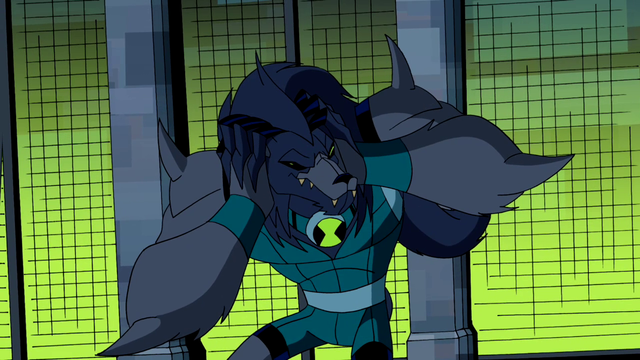