While Blukic and Driba continued trying to fix the Omnitrix they only ended up make it worse by turning Ben into a new alien named Pesky Dust! Ben did also used this new form against Khyber because it turned out he was afraid of Pesky Dust’s species. Because of that Ben managed to get information on where his evil twin Albedo was.

Species and Home planet: Pesky Dust’s species is called a Nemuina and where he comes from is a planet called Nemunimos IV.

Description (Omniverse): Pesky Dust can be descriped as a short humanoid fairy-like alien with blue colored skin with purple fairy-like wings,  blue hair that sticks straight up, a green colored dress-like outfit with black zigzags, two, three-fingered hands and white gloves, his feet have two toes on them, his eyes are a green color with feminine-like eyelashes, and pink colored markings on his cheeks and chin. When talks, he speaks with a high-pitched, trilling, feminine voice. Also the Omnitrix symbol is loacted on his chest. See image below: 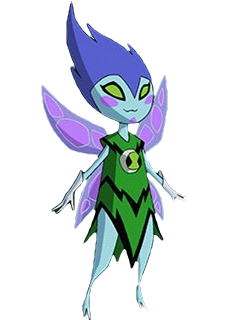 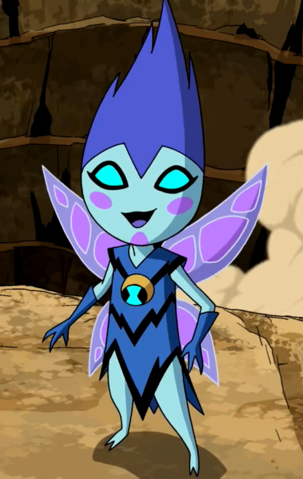 Special abilities: One of Pesky Dust’s special abilities is his wings because they help him fly and when he is flying he uses other two abilities which are his enhanced speed and his agility if he’s fighting against someone. His final ability that he uses is releaseing strange kind of fairy-like dust that makes his victims fall asleep. When the victims fall asleep he can also enter and manipulate their dreams, which can be used as a form of interrogation or extracting information from a victim. See images below: 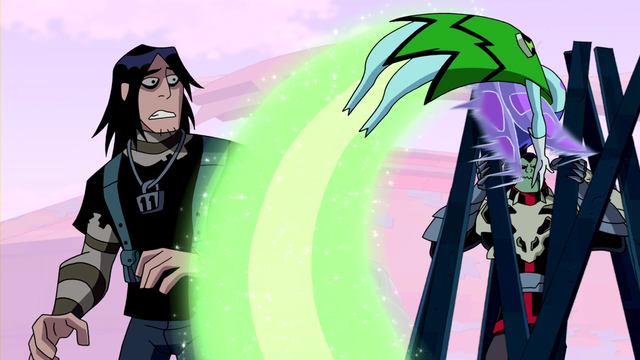 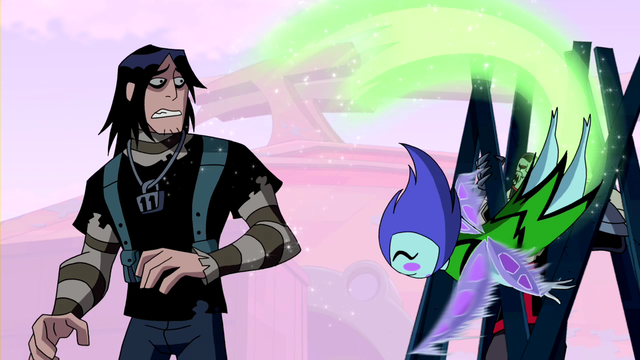 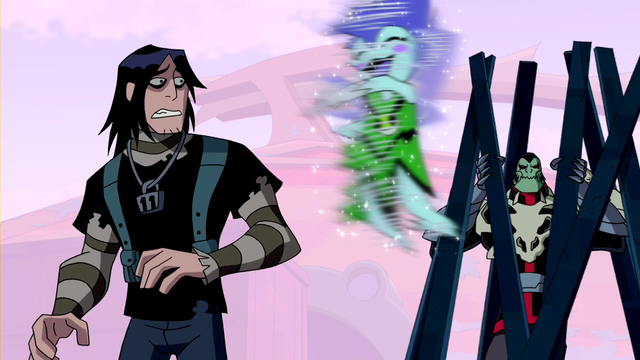 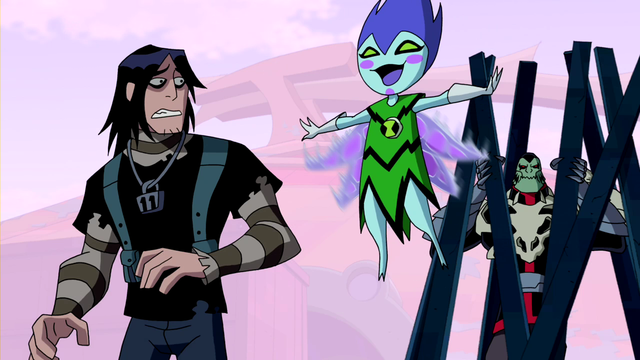 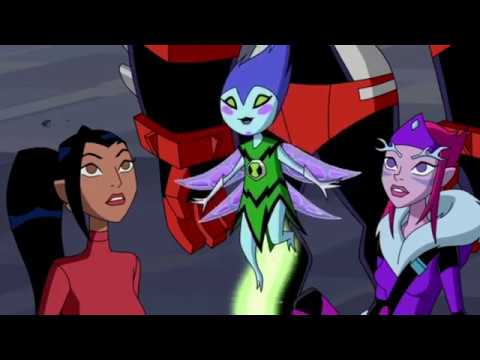 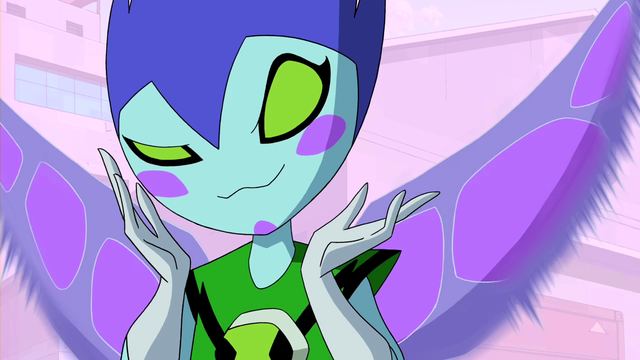 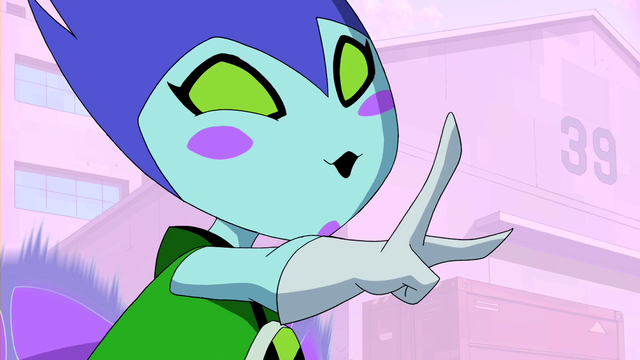 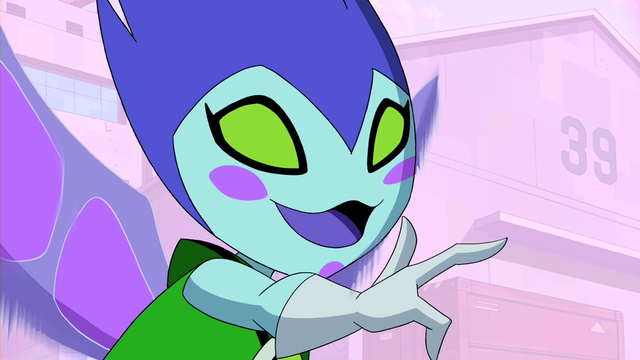 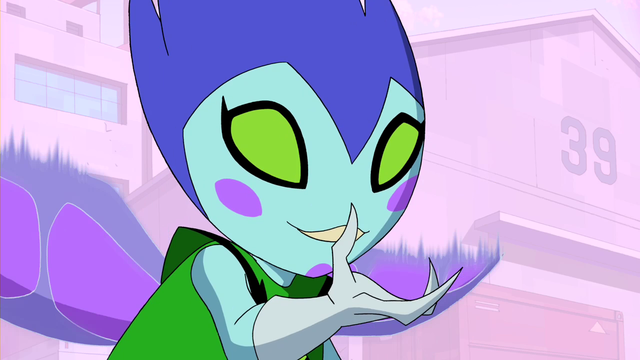 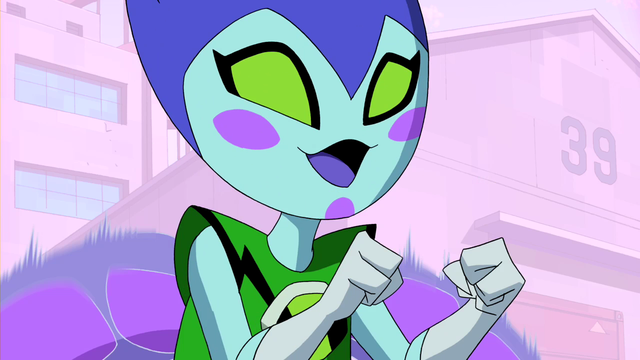 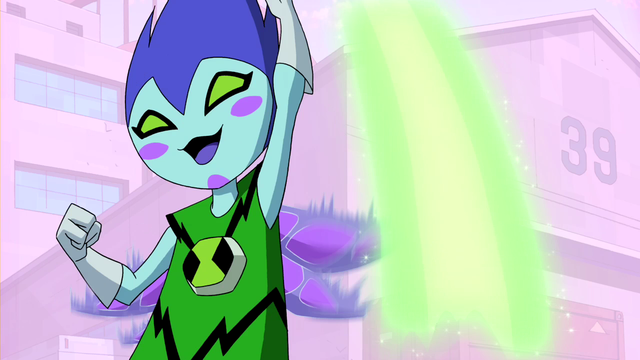 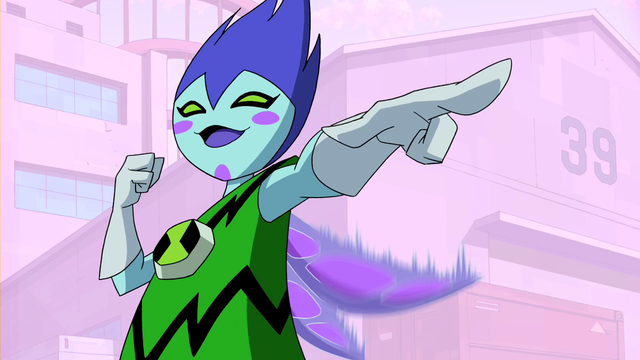 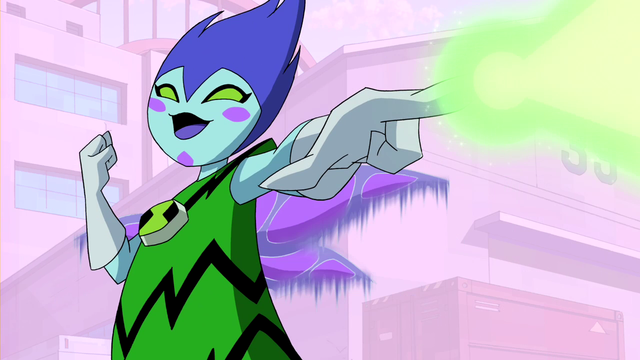 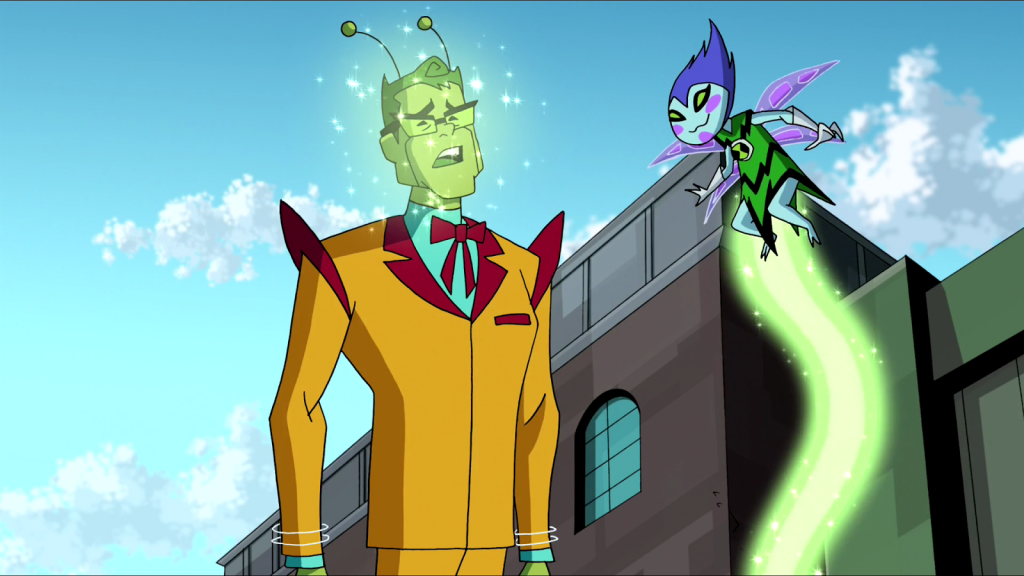 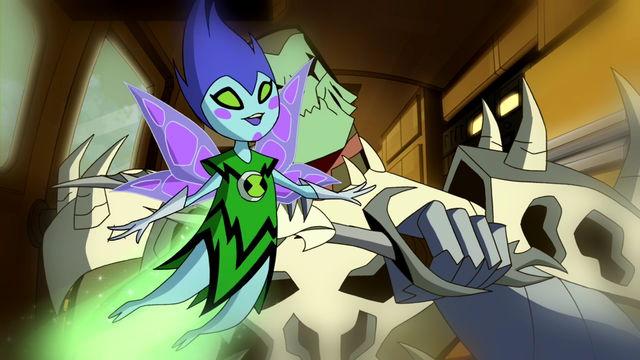 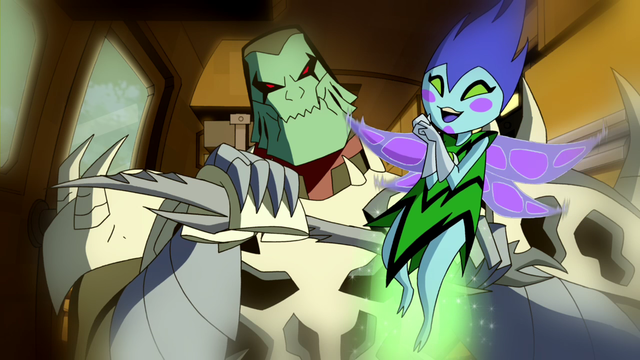 Weaknesses: There aren’t any known weaknesses that Pesky Dust has. No known images of weaknesses.