When Ben was facing alien nano chips and then the alien nanite queen alien (who was a false queen) from inside of an old plumber friend of Max who’s named Victor Validus, the Omnitrix unlocked a brand new alien after it scanned the DNA of the nano chips giving Ben a living mechanical alien organism transformation. This alien is named Nanomech.

Species and Home Planet: Nanomech species shows that he’s 1/2 human and 1/2 nano chip (because Ben scanned one of the nano chips) but the home world of where his species come from is clearly unknown. No known images of the planet.

Alien Swarm and Ultimate Alien Description: Nanomech can be described as a Humanoid/Insectoid-like creature that’s about an inch tall at full size. He has grey colored skin with a green colored circuit-like design on it. Nanomech shows that like all insects he possesses green wings as well as one large, green color cyclopean-eye on his face. His body is a carbon/silicon-based alloy, and he has triangular feet (like most of Ben’s other aliens). Also from a human-sized perspective, when Nanomech speaks, he has a squeaky high-pitched voice, but from anything that’s of his own size’s perspective, his voice is very deep. Plus the Omnitrix/Ultimatrix symbol is located on his chest. See images below: 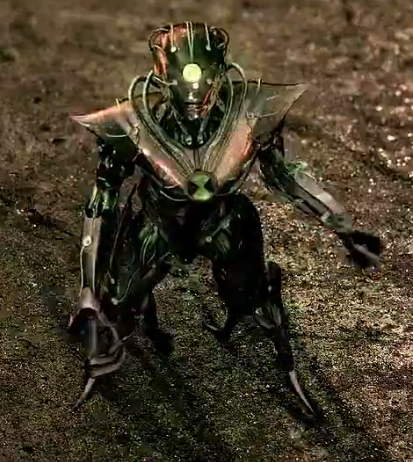 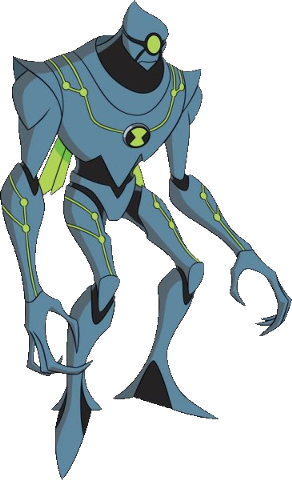 Omniverse Description: When Nanomech appeared in Omniverse he looked very different like for example, his circuit design is gone and is now replaced with a design pushing more to his Alien Swarm design. His wings are different, he speaks with a more robotic tone, but still high-pitched and he has four small eyes (instead of one) around the Omnitrix symbol similar to Stinkfly. His legs have also changed shape and his body emits a bright green glow that completely surrounds him. Also the New Omnitrix symbol is located between the four small eyes on his head. See image below: 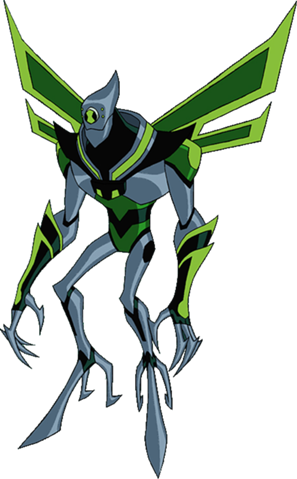 Special Abilities: Nanomech first ability shows that like insects and most of Ben’s aliens, his has the ability to fly. When he’s airborne his wings glow a bright green color and he appears to be very agile as well. His second ability shows that he has the power to reduce his size at will (sort of like Ant-Man/Giant-Man from Marvel). He can also shrink to microscopic scales too, but when he returns to his original size he cannot grow any larger than that. Nanomech’s third ability shows that he can adapt to his opponents very fast, such as sprouting energy tentacles like the Decoy Queen seconds after she attacked him with it. This ability was first confirmed and displayed in Alien Swarm, but has not been looked into since Ultimate Alien and Omniverse came out. Nanomech’s final ability shows that he is capable of launching powerful green bioelectrical energy from his hands and eye (or eyes), ranging in forms from beams to energy orbs. Also because of his small size it gives him an advantage in taking out enemies larger than him like the Stalker Robot and Mad Ben as Way Big for example. See images below: 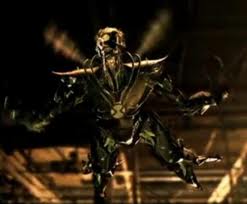 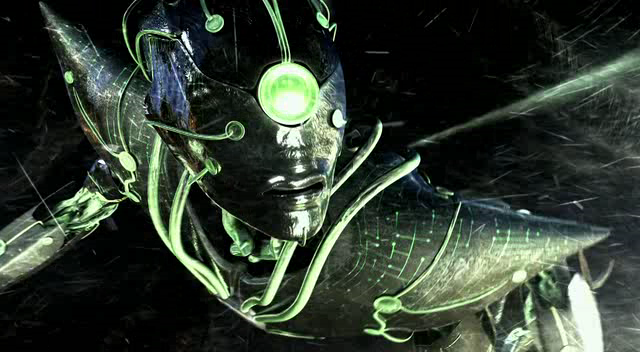 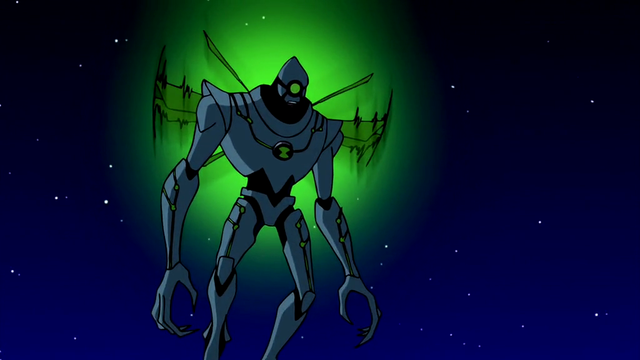 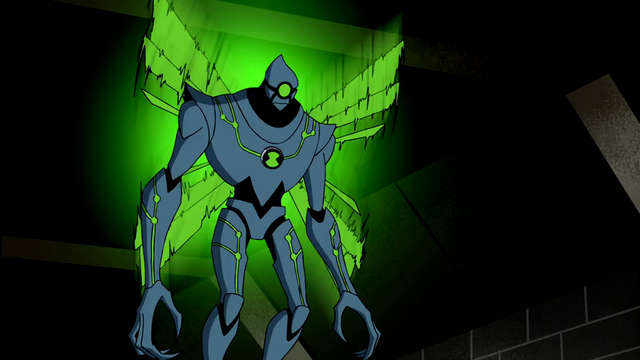 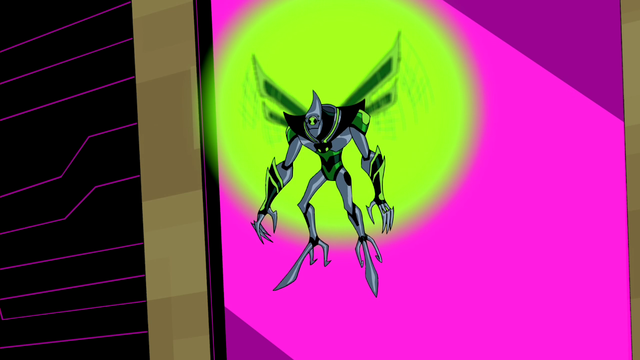 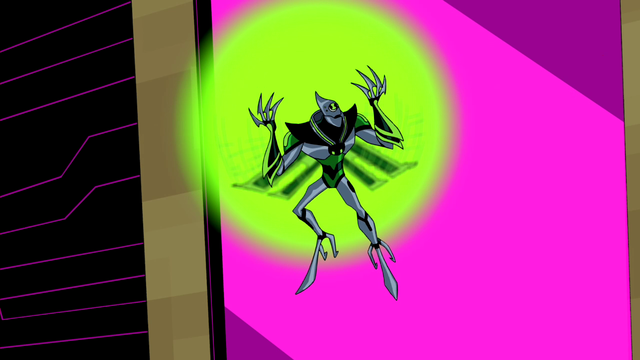 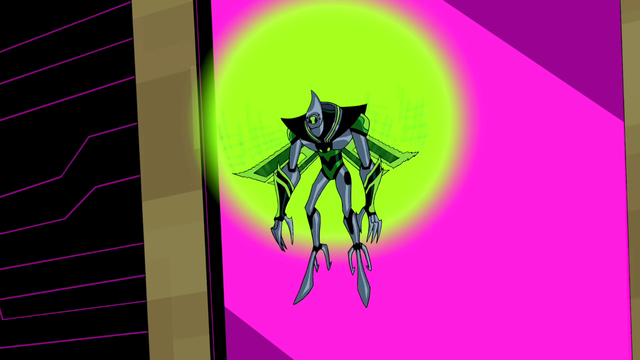 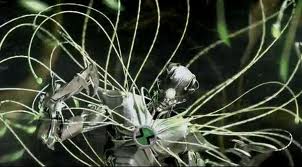 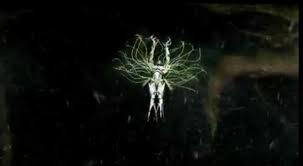 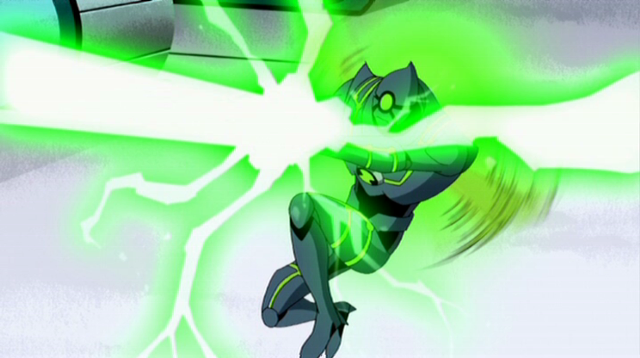 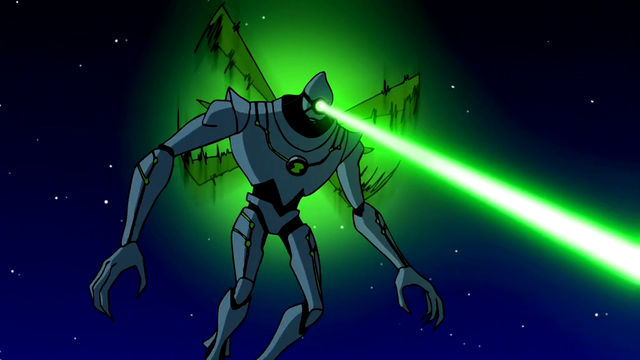 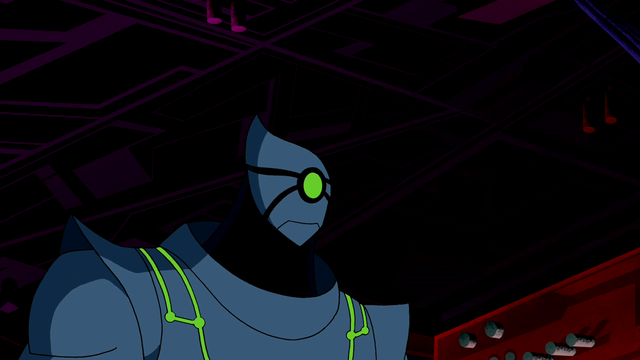 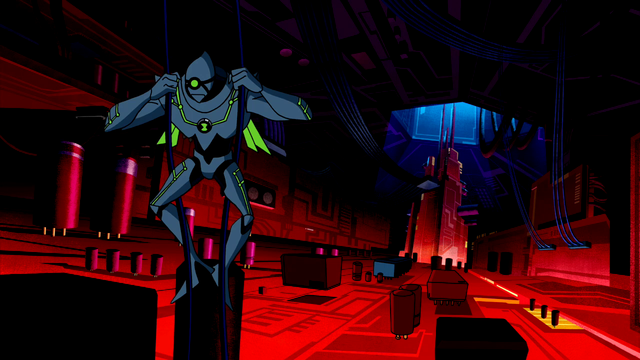 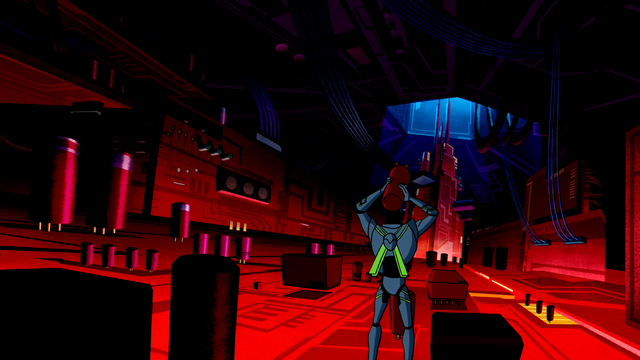 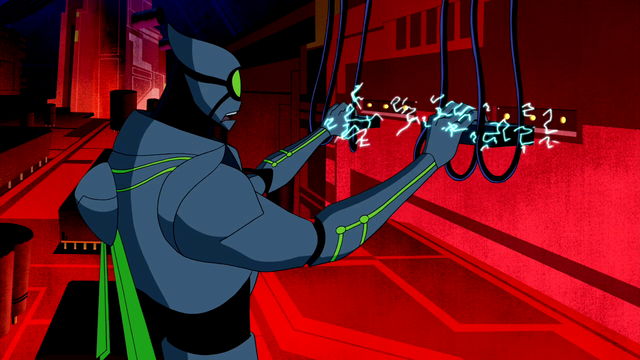 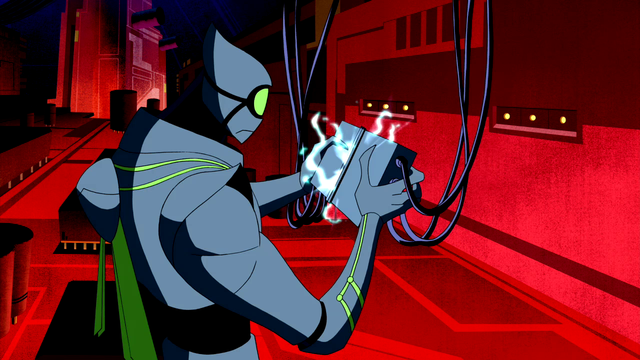 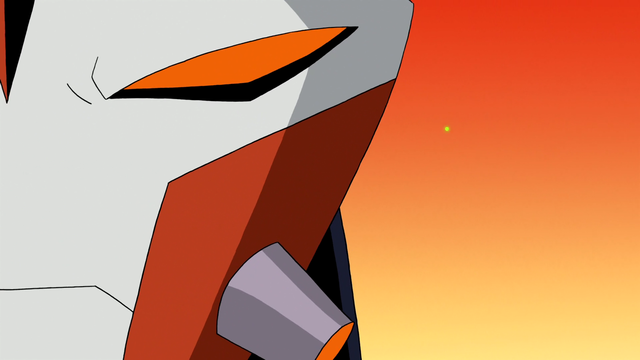 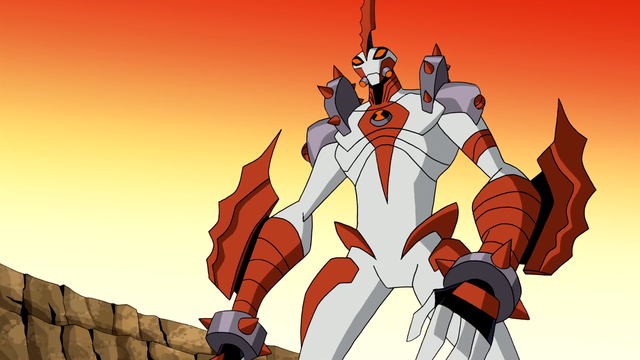 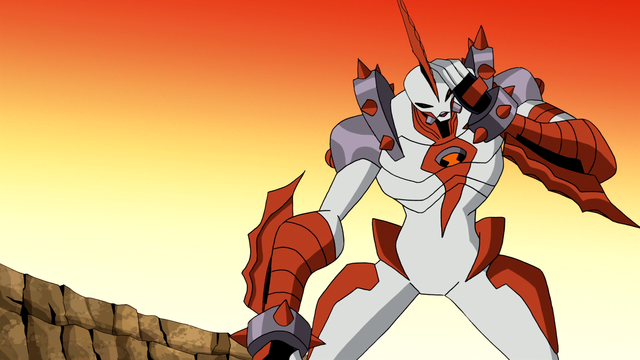 Weaknesses: The first weakness that Nanomech has confirms that because of his small size it can be a big problem when fighting against larger opponents because for example in the episode Inspector Number 13, this is proven to be very true when Kevin as Nanomech was harmed by a fly swatter. His second weakness shows that he can sometimes be mistaken for a bug and can be eaten (but eating him can prove to be a big mistake). This weakness what shown in the episode The Frogs Of War: Part 1. See images below: 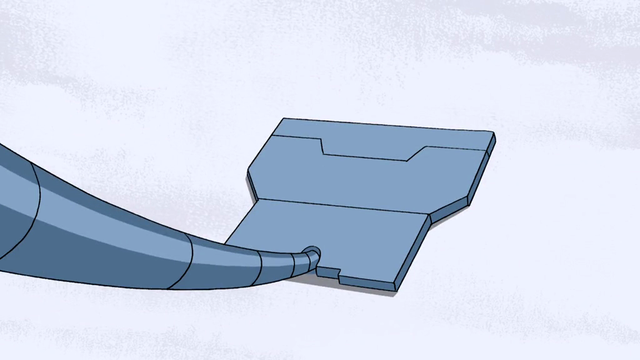 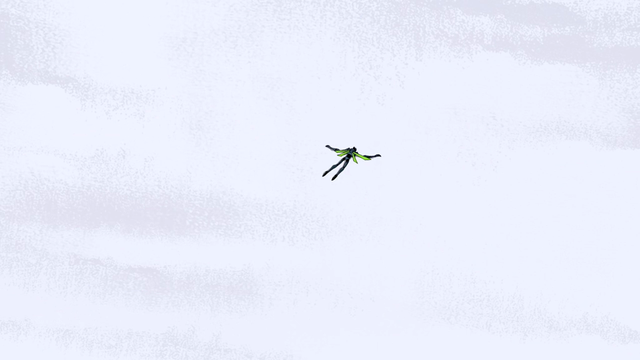 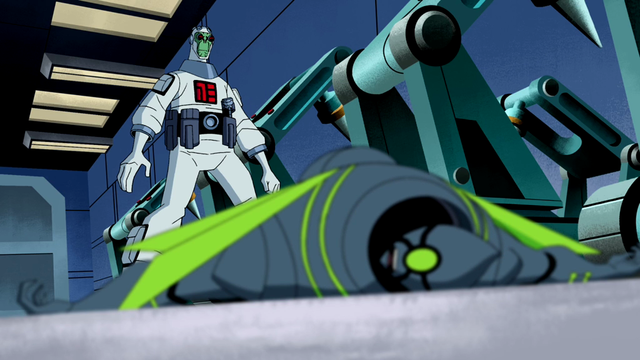 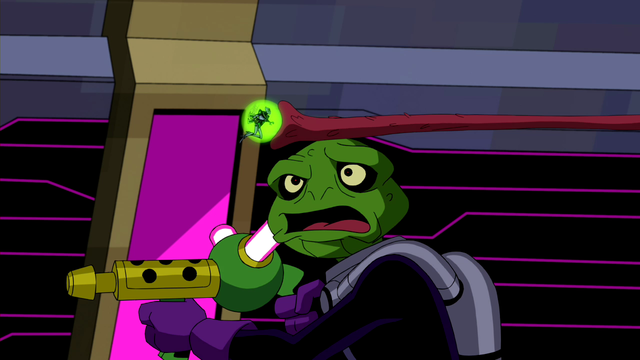